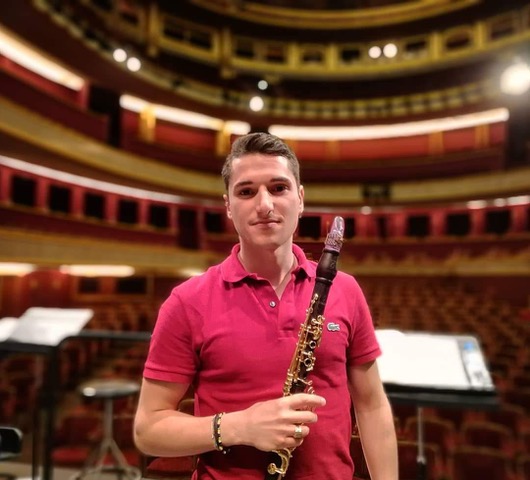 In 2010 he won the international competition for First Clarinet in the Orchestra I Pomeriggi Musicali in Milan.

In 2012 he won the audition for First Clarinet in the Orchestra of the Teatro Regio in Parme.

In July 2014 he has been personally chosen by M° Riccardo Muti as Principal Clarinet of his Orchestra Luigi Cherubini.

He has particular passion for chamber music; he played with his brother Federico the most important pieces in the repertoire for clarinet and piano in many Festival such as Cité de la Musique et de la Danse in Strasbourg, Festival Verdi in Parma, Festival delle Nazioni in Città di Castello, Bologna Festival and prestigious theatres Teatro Bibiena in Mantova, Teatro Regio in Parma, Teatro Comunale in Modena.

He was born in Salerno, Italy in 1989. Pupil of Gaetano Russo, he graduated in clarinet at the age of 16 at the Avellino Conservatory D.Cimarosa under Sisto Lino D’Onofrio’s guidance; he studied also with Larry Combs, Eddie Daniels, Fabrizio Meloni, Ricardo Morales and he postgraduated with top marks and distinction with Corrado Giuffredi in Modena and with Giovanni Riccucci and Bruno Canino in duo with his brother at the Scuola di Musica di Fiesole.