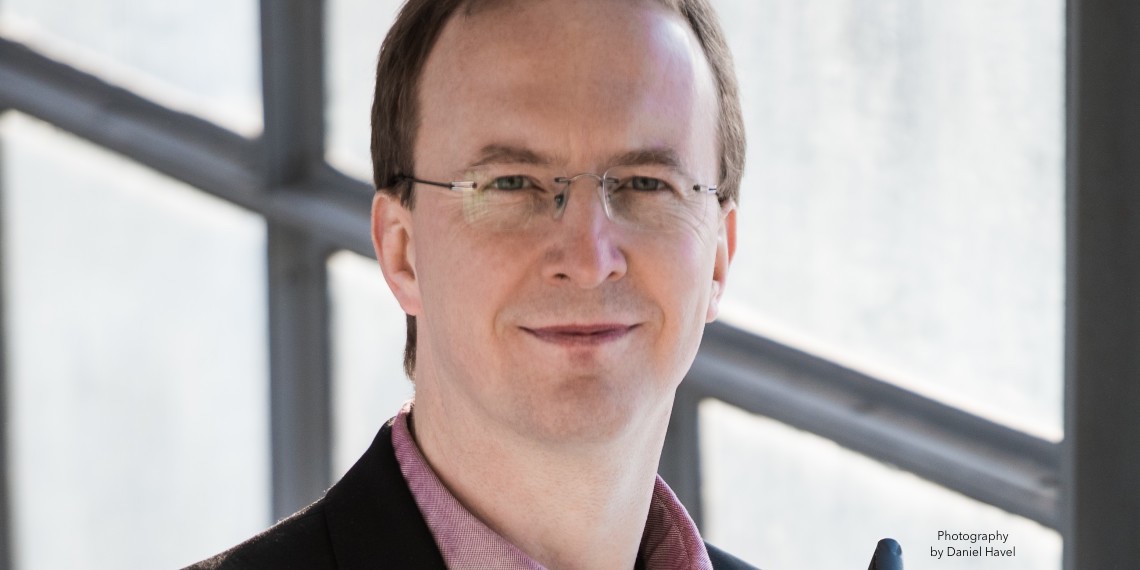 “Tonal flexibility and good response in all registers – Silverstein ligature simply makes my life with clarinet much easier.”

A tireless and enthusiastic promoter of clarinet as of a solo instrument, and at the same time, one of the most respectful clarinetists today, Karel Dohnal, during his entire career has always challenged to perform in his concerts and studio recordings compositions of revealing dramaturgy, demonstrating that the technical and expressive potential of clarinet makes it equally important as compared to violin, piano or cello, despite that the available repertoire is rather meagre. Thus, Karel Dohnal unveils works which have been neglected, but which deserve to be performed along with other prominent works. As an outcome of his efforts is the newest CD recording. Rudolf Kubin’s Concerto for clarinet and orchestra or Miloslav Kabelac’s Symphony No. 6 “Concertante” could boldly compete against such a well-known star of clarinet repertoire, which undoubtedly is the Concerto for clarinet and orchestra of Jean Françaix.

Together with a famous soprano, Edita Gruberova, Karel Dohnal performed at the Prague Spring International Music Festival. In cooperation with Tokyo String Quartet, Karel Dohnal also performed at the Dvorak Prague International Music Festival. At the Bodensee Festival, he performed together with Pavel Haas Quartet. Karel Dohnal regularly performs with Talich Quartet, Wihan Quartet, pianists Martin Kasik, Evgeny Samoilov and others. Karel Dohnal is a member of the Prague State Opera Orchestra and a new approach ensemble, Philharmonia Octet Prague, which feature the leading soloists of the Czech music scene, and of Trio Amadeus.

Karel Dohnal is also a highly recognized and sought-after interpreter of the contemporary music. He devoted his doctoral thesis to the study of modern clarinet performance techniques, revealing and initiating emergence of many compositions of solo and chamber repertoire of such composers as Antonin Tucapsky, Otmar Macha, Jiri Teml, Juraj Filas, Petr Wajsar, Ales Pavlork, Ivana Loudova, Ondrej Stochl, Krzesimir Debski and others.

Karel Dohnal has also enjoyed great acclaim with his unique performance of Karlheinz Stockhausen’s Harlequin, where he as a harlequin in addition to his virtuosic playing the clarinet, demonstrates his comedic and acting talent. Karel Dohnal is one of few clarinettists in the world who performs this exceptionally difficult composition, which has received unsurpassed acclamation from critics as well as from the public.

Karel Dohnal is a laureate of international clarinet competitions, such as Prague Spring, Premio Valentino Bucchi in Rome, Dos Hermanas in Spanish Seville, Pacem in Terris in Bayreuth or Young Artist Competition in Belgian Ostend.

Karel Dohnal graduated from the Conservatory in Ostrava (Petr Bohus) and from the Academy of Performing Arts in Prague (Vlastimil Mares). He continued his studies at Guildhall School of Music and Drama in London (Thea King, Julian Farrell, Joy Farrall), Universität der Künste in Berlin (Francois Benda), Rimsky-Korsakov Saint Petersburg Conservatory (Valery Bezruchenko) and at the Conservatory in Hilversum (Henk de Graaf). Karel Dohnal is also a co-founder of the International master class courses in Ostrava. At the same time, he is also frequently invited as a lector to a variety of interpretive seminars all over the world.

As an ambassador of Selmer Paris, Karel Dohnal plays the Recital clarinet of this brand with Reserve Classic reeds produced by an American manufacturer, D’Addario Woodwinds.