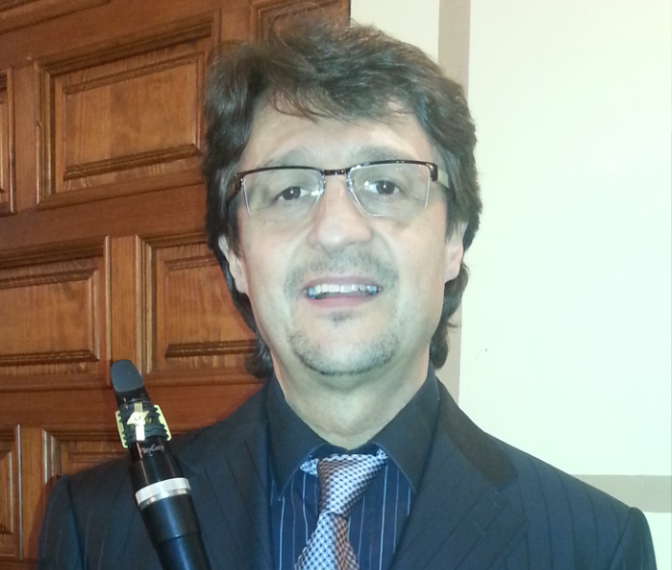 Born in Cullera (Valencia), where he starts his musical training in the Santa Cecilia Musical Society Academy with Elvira Chornet and Salvador Felix. Later, carrying out his superior musical studies, specializing in Clarinet and Harmony, in the Superior Musical Conservatory of Valencia with Juan Vercher, Lucas Conejero and José María Cervera Lloret. At the same time, he studies Clarinet with José Vicente Herrera.

He continues his musical training at ‘Mozarteum Salzburg’ University in Austria, with Alfred Prinz and Alois Brandhofer. At present, increasing his musical studies with the soloist clarinet from the Berlin Philharmonic Orchestra, Wenzel Fuchs.

He is a founding member of the Spanish Youth Chamber Music Orchestra.

He regularly colaborates with Orchestras ( Valencia Orchestra, RTVE Symphonic Orchestra, Santa Cecilia Classical Orchestra of Madrid,…), various chamber music groups, and does recitals accompanied by piano. One of the most important collaborations and experiences of his musical career has been collaborating with the Berlin Philharmonic Orchestra, under Simon Rattle’s direction.

During his career, he has been a teacher in the Superior Musical Conservatory of Gran Canaria,
frequently giving master classes in Conservatories and Music Schools, and carries out an intense teaching task during the summer. Currently he is a clarinet teacher in the ‘Allegro Academy’ in Valencia.