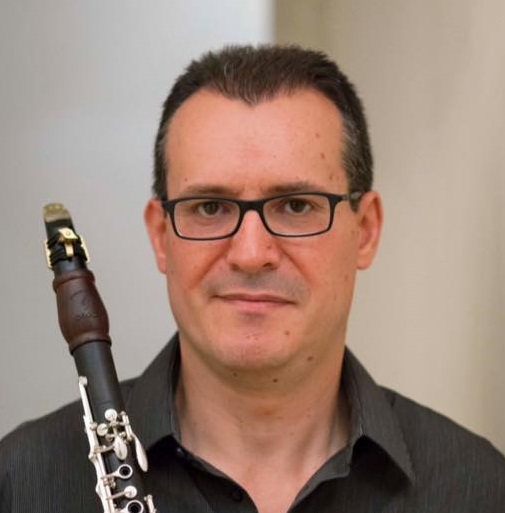 “The Silverstein ligature is one of those tools that gives us clarinetists a plus-one in our way to perfection. The clarity of the tone, flexibility with the articulation, and peace of mind that it offers for your emission is incomparable to any other ligature I can see in the actual market. I use them on my clarinet, bass clarinet, and Eb clarinet with great success. Even my students can feel the difference when they try and the possibilities this ligature offers. In a few words, a great ligature made with the best material and clever design for the enjoyment of musicians.” – Iñigo Alonso

After finishing his studies in Spain, Iñigo Alonso attended the Royal Flemish Conservatory of Antwerp where he studied clarinet with Walter Boeykens and bass clarinet with Jan Guns, obtaining the highest distinction in both instances and chamber music. Following this, he obtained a scholarship to study with Andrew Marriner on the Postgraduate Course at the Royal Academy of Music in London, from which he graduated in 1996 with Diploma of Advanced Studies with Merit and LRAM (Teaching Diploma). He has also participated in master classes with Wolfgang Meyer, Antony Pay, Colin Bradbury, Joan Enric Lluna, Michael Collins and Josef Horack (bass clarinet). In September 1996 he became a Fellowship Student of the Toho Orchestra Academy in Japan.

A keen player of contemporary music, Iñigo Alonso has been a member of the Aquarius Ensemble in Holland, Champ D’Action in Belgium, and the UK based Composers Ensemble and The New Music Players. He has played in the Asturias Symphony Orchestra, Bilbao Symphony Orchestra, Galicia Symphony Orchestra and Liceo Theatre Orchestra, The Opera Group in UK and deFilharmonie Orchestra of Antwerp in Belgium. In July 1994 he was successful in gaining the place of principal clarinet doubling bass clarinet in the Pacific Music Festival Orchestra in Japan, and the following year in the Festival of Evian Orchestra in France. Whilst living in Belgium, Iñigo was clarinet/bass clarinet in the orchestra Il Noveccento, and in the Youth Symphony Orchestra of Flanders, with whom he made several recordings. In May of 2000 he was invited to perform with Belgium Radio Television at the Gulbenkian Festival in Portugal. Conductors he has worked under include Michael Tilson-Thomas, Christoph Eschenbach, Mstislav Rostropovich, Tadaaki Otaka and Jerzy Semkow.

As a chamber musician, Iñigo has performed throughout Europe with different ensembles and in 1995 was invited to perform at the “First Encounters of Chamber Music” in Paris.

A founding member of Trio Bernaola (clarinet, cello, piano), he has participated in festivals such as “San Sebastián Quincena Musical” (broadcast by Radio Nacional de España), “Martes Musicales” in Vitoria, “Lejona Semana de Música Contemporánea” and Festival “A Tempo” in Venezuela as well as appearing in the UK on a frequent basis. In 2002 the trio was invited to the Festival “Música XXI” in Rome and the International Contemporary Music Festival of Alicante. Together they have recorded a CD with music by the most prominent Basque composers.

In 2000 he gave the premiere of the bass clarinet concerto by K. Vlaak in Spain and returned in November 2002 to premiere Nino Diaz’s “Octubre”. In 2011 he performed another world premiere of James Gadner’s concerto “Unlearned Lines” for bass clarinet and wind orchestra and Jan van der Roost “Tre Sentimenti” .

His field of specialization includes the repertoire and performance practice of the bass clarinet.