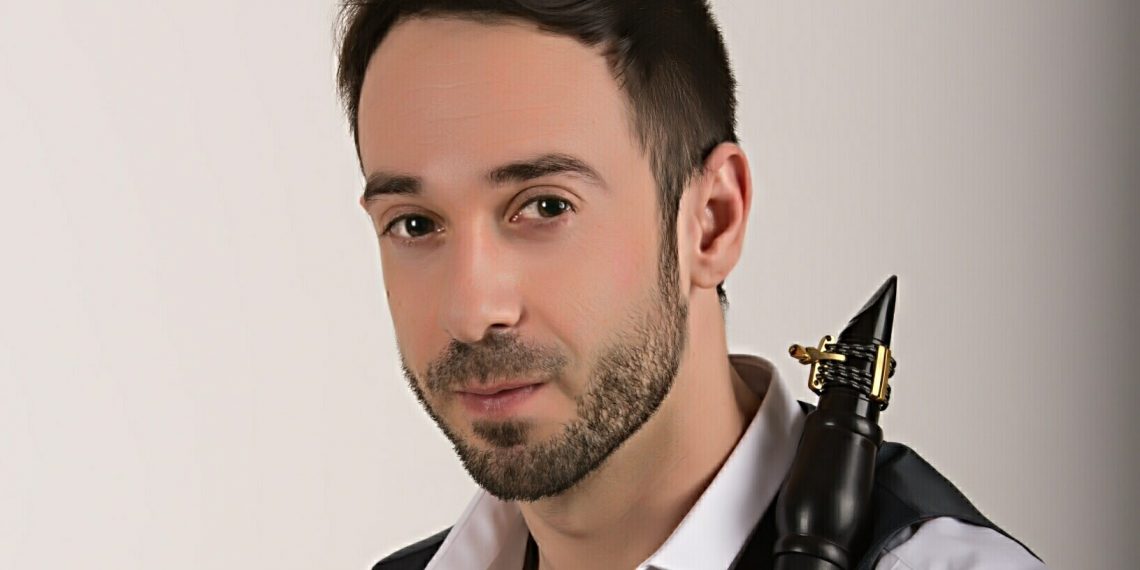 Clarinetist Raul Traver is one of the most promising clarinetists of his generation. He has been awarded in fourteen international and national competitions and has performed concerts in the most important concert halls in Spain, United Kingdom, France, Austria, Switzerland, Germany, China, Mongolia and the United States.

He has been jury member at “Enkor International Competition” in Dusseldorf, Germany.

Raul is developing an important role as a concertist. He recently played the Mozart and II Weber Concerto in Spain and United States. In 2017 January and April, Raul made his soloist concert debut at Madrid National Concert Auditorium in the big concert hall and at chamber music hall. He has also made the world premieres of Oscar Senen Clarinet Concerto Nº1, “Dreams of Peace” clarinet Concerto by Jose Ignacio Blesa and the quintet “Beyond the Music” for string quartet and clarinet by Julio Domingo.

Committed to chamber music, he has been selected by the Artist Society and Performers of Spain, AIE, participating in its “classical route” cycle. He has had the opportunity to perform numerous concerts with artists from the Queen Sophia School of Music and performing for Her Majesty Queen Sofia of Spain at the Palacio Del Pardo in Madrid.

He has been recognized by institutions such as Albeniz Foundation, IVM – Valencian Music Institute, Carnegie Mellon University and the University of Southern California – Thornton School of Music.

He began his clarinet studies at 9 years old. In 2003 he started to study with professor Venancio Rius. He has participated in clarinet master classes with many of the leading professors of today, as Yehuda Gilad and Sabine Meyer.

Raul is graduated with honors from the Castellon Superior Music Conservatory, in 2009 he was invited by Professor Yehuda Gilad to study with him at the University of Southern California – Thornton School of Music, Los Angeles. In 2012 he finished his studies at Queen Sophia School of Music with Professor Michel Arrignon and at Madrid International Chamber Music Institute with Professors Hansjorg Schellenberger, Klaus Thuneman, Eduard Bruner, Radovan Vlatković, Jacques Zoon and Pamela Frank.

In 2014-2015 Raul was appointed clarinet and chamber music professor at Castilla – La Mancha Superior Conservatory of Music in Spain and from 2015 is principal clarinet at Excelentia Fundation in Madrid.