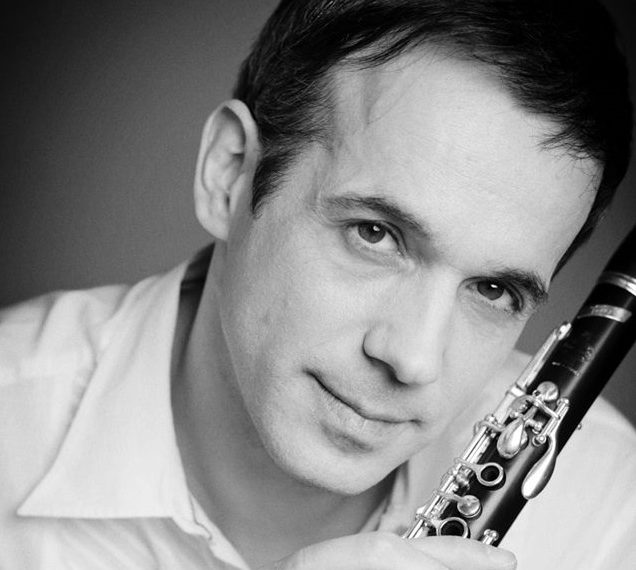 At the age of 16, Romain Guyot was appointed for three years principal clarinet of the European Union Youth Orchestra, conducted by Claudio Abbado. He studied at the Conservatoire National Superieur de Musique in Paris, graduating with two first prizes, in clarinet and chamber music. At the age of 22, he was appointed first principal clarinet at the Orchestre National de l’Opera de Paris.

In 1996, he won the prestigious Young Concert Artist International Auditions in New-York, one of the highest honours for young talent. In 2001, he resigned from the Orchestre National de l’Opera de Paris. In 2003, Claudio Abbado and Daniel Harding asked him to be the principal clarinet of the Malher Chamber Orchestra (MCO), position he held until 2006. In 2008, the Chamber Orchestra of Europe (COE) choose him to be their new solo clarinetist. In 2009 he is appointed teacher in Geneva Conservatoire Superieur (HEM).

He won the ARD competition in Munich with the Debussy Wind Quintet and is member of the Paris-Bastille Wind Ensemble with François Leleux (oboe), Laurent Lefevre (fagott) and Hervé Joulain (horn). Romain Guyot is teaching at the Mucicalp Academy and the Kyoto Academy, and gives master-classes around the world. Romain Guyot has recorded CDs for Harmonia-Mundi, EMI et Naïve.

Romain Guyot is artistic adviser for Buffet Crampon and Rico International, and is a Silverstein Artist.