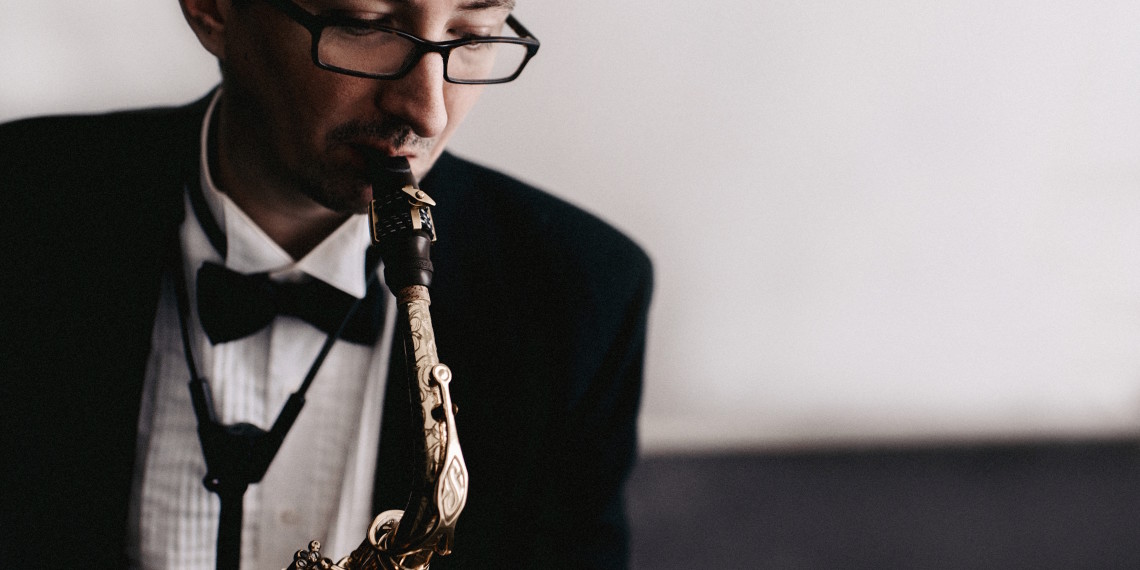 “The Silverstein ligature is the most natural feeling and sounding ligature I have ever played. Low and high notes just sing without all the gymnastics usually associated with both extremes.” – Daniel Stover

Native Houstonian, Daniel Stover overcame a major obstacle to be where he is today. Beginning as a clarinetist, he started pursuing the life of a woodwind doubler in high school when he bought his private teacher’s Selmer Mark VII alto sax as a high school junior. After picking up the flute in college, Daniel was enjoying an active career as a doubler and recital/chamber clarinetist. After graduating with a bachelors in clarinet performance from Sam Houston State University in 2004, Daniel suffered a near-fatal hemorrhagic stroke in 2008, leaving him unable to use his left hand. Through various serendipitous connections and social media, He eventually learned of David Nabb and Jeff Stelling’s work in developing a one-handed mechanism for saxophone. After a two year wait, Daniel received his trusty Mark VII modified with Stelling’s “Toggle key” system in early 2012.

He has gradually been returning to his passions of teaching and performing, giving talks at NASA conferences, and schools, spreading the word that being stricken with a disability doesn’t have to mean giving up doing what one loves most. In October 2015, Daniel gave the U.S. premiere of Hans Gal’s Suite concertante for alto sax and orchestra with the Fort Bend Symphony. The work’s second performance since 1952.

As a recitalist, Daniel has always striven to create programs of varied works that are either by lesser known composer, or lesser known works by well-known composers. As he puts it, “ I like to present audiences with new music without necessarily being ‘New Music’.”