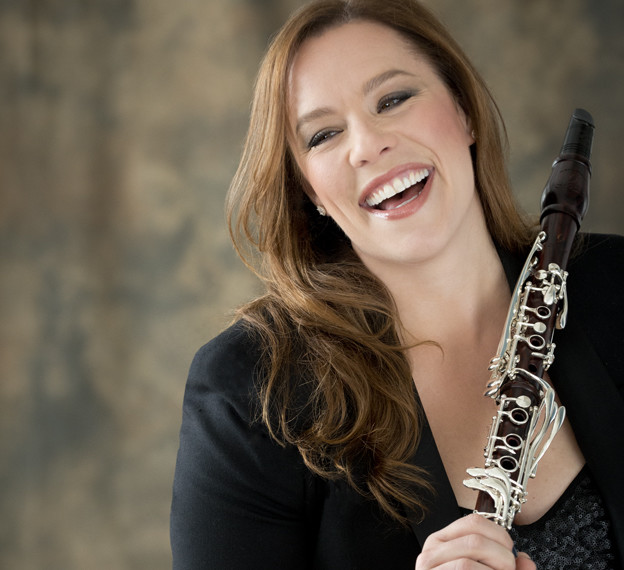 “As soon as I put on the Cryo ligature, I felt like I was making music in High Definition! It really frees up the sound, letting the reed vibrate to it’s fullest potential with absolute ease of use.” ~Jessica Phillips

Jessica Phillips was appointed Second and E-flat Clarinet of the Metropolitan Opera Orchestra in 2001. She graduated cum laude from Barnard College, Columbia University, with a degree in Political Science and Music, and the Manhattan School of Music, where she was a student of Ricardo Morales and David Weber.
She began her orchestral training as the youngest ever wind player accepted into the Greater Boston Youth Symphony Orchestra, a group she performed with for eight years. She was also a featured artist on the PBS Documentary “A New World of Music” with the New England Conservatory’s Youth Philharmonic Orchestra Tour to South America in 1995.

As a member of the MET Orchestra, she has toured regularly throughout Asia and Europe. For the upcoming 2014-15 season Ms. Phillips will perform as Acting Principal, a role she filled during the 2011-2013 seasons, as well as the 2003-04 season at the MET.

An active chamber musician, Ms. Phillips has performed numerous times in Carnegie’s Weill Recital Hall with the MET Chamber Ensemble. She also performed at the inauguration of Zankel Hall at the invitation of James Levine. She has performed with members of the Boston Symphony Orchestra, members of the Philadelphia Orchestra, members of the St. Luke’s Orchestra, and at the Kingston Chamber Music Festival, as well as performances at the San Luis Obispo Mostly Mozart Festival, at Alice Tully Hall, Jordan Hall, Steinway Hall, Riverside Church, and Columbia University’s Miller Theater, to name a few.

She can be heard on many “Live from Lincoln Center” televised broadcasts and DVD recordings, as well as the Metropolitan Opera live Saturday Matinee and SiriusXM Radio broadcasts. She can also be heard on the Philadelphia Orchestra recordings under the Ondine Label of Tchaikovsky Symphony No. 5, Bartok Concerto for Orchestra, and Mahler Symphonies No. 2, No.5 and No. 6, and the documentary “The Resurrection of Gustav Mahler” with Neemi Järvi.

Ms. Phillips is a Backun Artist and has worked closely with Morrie Backun on the design of mouthpieces, barrels and bells for E-Flat clarinet. Ms. Phillips can also be seen on the Backun Musical educational web series on youtube.com.

Ms. Phillips serves on the faculties at Rutgers University Mason Gross School for the Arts, at Columbia University and at The Juilliard School specializing in E-Flat Clarinet.