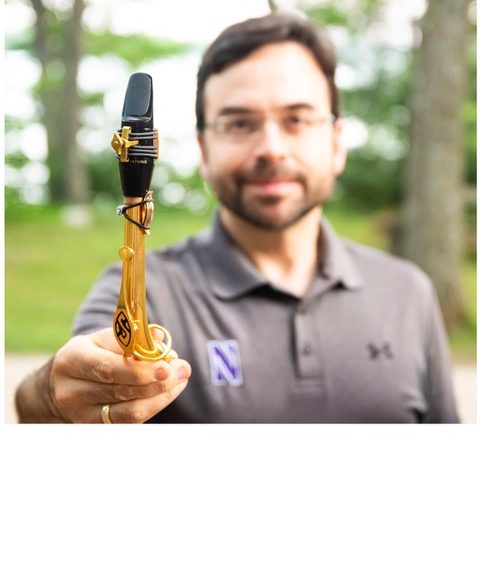 Taimur Sullivan is Associate Professor of Saxophone at Northwestern University, and a member of the acclaimed PRISM Quartet. His performances have taken him from the stages of Carnegie Hall, Lincoln Center, and the Knitting Factory, to engagements in Russia, China, England, Germany, and throughout Latin America. He has garnered critical praise as “outstanding…his melodies phrased as if this were an old and cherished classic, his virtuosity supreme” (New York Times), and as a player of “dazzling proficiency” (American Record Guide).

Mr. Sullivan has dedicated much of his career to promoting new repertoire for the saxophone, and has given the premieres of over 200 solo and chamber works by composers including William Bolcom, Alvin Lucier, Gavin Bryars, Libby Larsen, Gunther Schuller, Olga Neuwirth, John Harbison, Martin Bresnick, Donnacha Dennehy, and many others.  He has also presented the American premieres of compositions by important European figures such as Gerard Grisey, Toshio Hosokawa, Philippe Hurel, Michael Finnissy, Bruno Mantovani, Giya Kancheli, and Jean-Claude Risset. In honor of his distinguished record of promoting and presenting new works for the saxophone, the New York-based arts-advocacy organization Meet The Composer named him one of eight “Soloist Champions” in the United States.

From 2005-2016, Mr. Sullivan was the saxophone professor at the University of North Carolina School of the Arts, and from 2000-2005 was on the performance faculty at Columbia University. He appears on over 30 recordings, performs exclusively on Selmer saxophones and mouthpieces, and is a Silverstein Works endorsing artist.2