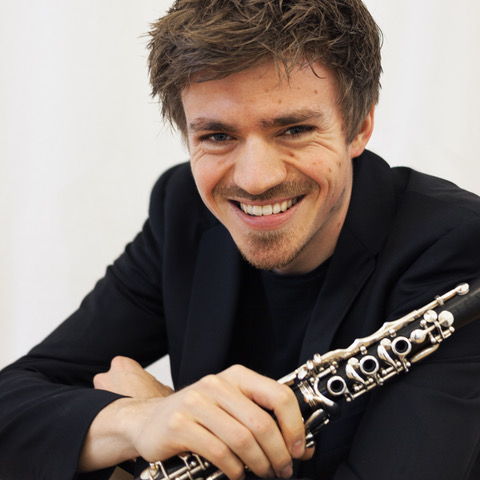 “I play the Silverstein Cryo4 ligature since its first arrival on the German market. I was immediately taken by the free and natural flow of air it allows, the warm and round sound through all registers and the flexibility in articulation. Absolutely outstanding! I would not go too far if I say that this ligature changed my playing and added new possibilities for colors in sound and nuances in the pronunciation of the musical language. This ligature is my ideal and versatile companion for orchestra playing as well as chamber music and solo literature. Also, I can definitely play on more reeds than before and they last longer. Thank you Silverstein Works for this fantastic achievement!”

Since 2014 Maximilian Krome holds the position of Co-principal clarinet at The Deutsche Kammerphliharmonie Bremen. He is regularly playing as guest principal clarinet in the Camerata Bern, the Potsdam Chamber Academy, the Frankfurt Opera und the Symphony Orchestra of the WDR in Cologne. With these Ensembles he performs in the main music centres and festivals throughout Europe, Asia and America such as the Berlin Philharmonie, the Amsterdam Concertgebouw, at the BBC Proms in the Royal Albert Hall, the Théatre des Champs Elysées Paris, the Tokyo Opera City Hall or the Lincoln Center in New York and can be seen and heard in various CD- and DVD Productions, such as the latest production of all Brahms Symphonies with Paavo Järvi and The Deutsche Kammerphilharmonie Bremen for Sony.

He had the priviledge to work with many renowned conductors like Mariss Jansons, Daniel Harding, Andris Nelsons, Gustavo Dudamel, Herbert Blomstedt, Riccardo Chailly or Mirga Grzynite-Tyla. Before he started to work in Bremen, he was with the Bavarian Radio Symphony Orchestra for two years as a scholarship holder of their Orchestra Academy. Cherished for his lyrical and expressive playing, his chamber music partners include Elisabeth Leonskaja, Tanja Tetzlaff, Matthias Kirschnereit and the Ardeo Quartet and he has been invited to play at the international festival ‘The Next Generation’ in Dortmund, the Academy of St.Martin-In-The-Fields London, the Kissinger Sommer, the Festival Hirondelle in France and the Verbier Festival in Switzerland. Many of these concerts have been broadcasted live or been recorded for the WDR-, BR- or Deutschlandfunk broadcasting company. In September 2019 the first CD of a series of chamber music CD’s was released on Dabringhaus & Grimm Music Productions.

He had the priviledge to open the 29th Schwetzinger Mozartfestpiele as a soloist with the Württembergisches Kammerorchester Heilbronn and appeared with Mozart’s Clarinet Concerto in
the Margravial Opera House of Bayreuth, Essen Philharmonic and in Switzerland.

By taking over a clarinet class at Nuremberg University of Music in April 2019 and starting a teaching assignment at the University of Arts in Bremen, he added an additional layer to his
professional career.