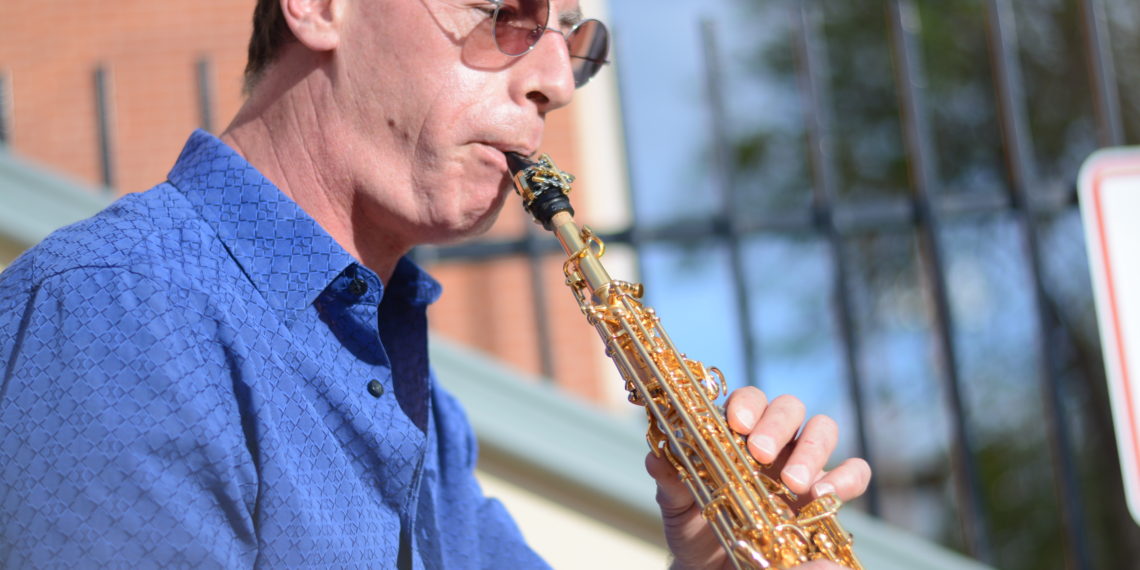 “As a professional player, recording artist and composer, it’s all about sound for me as a saxophonist. Having come up into the music world under masters Archie Shepp & Yusef Lateef, the one thing that was deeply instilled into my heart & soul was to find my own voice & distinguishable sound. Having played on almost all of the best horns, mouthpieces and ligatures, I was elated to try and now exclusively play on the Silverstein Works Cryo-4 A-Frame Ligature. The sound on both my soprano and tenor not only opened way up, the focus and projection of the sound was dramatically improved. Being a sound-player in the first place, this was almost a systemic shock to me, as I already don’t need to use a microphone in most venues to cut thru the band. The ease and flexibility of tonal color change, along with the consistency of focus and project had me sold, 100% on the Silverstein Cryo-4 ligature.”

Mark Fox, tenor & soprano saxophone and kamal/donso ngoni (Malian harp) player, bandleader, composer/songwriter recording artist, and producer has participated for over 25 years professionally in the international music and entertainment industry. Blessed at an early age, many legends of music came into his life such as maestros Archie Shepp, Yusef Lateef, Marion Brown, George Garzone, George Clinton and a host of others. These masters became profound teachers, mentors, friends and colleagues, bringing Fox into the deepest levels of the music world.

During Fox’s decade and a half in New York City, he had the honor to perform with such greats as Warren Smith, The Boys Harbor Big Band, George Clinton and the P-Funk All Stars, Archie Shepp, The Violent Femmes, Eugene Chadborne, and a numerous of other groups and high level artists. Mark’s career in music tapered while living in Paris, France, though continuing to play with less frequency, he was blessed to perform with greats such as Steve McCraven, Hervé Samb, Rassul Siddik and others.

Over the past years, Mark Fox has returned to his passion for the music with a fervor like never before, and is currently leading several iterations of his bands. Releasing his debut album as a bandleader in 2016, “Three Octaves Above the Sun”, with a powerhouse, sold out performance at Dazzle Jazz in Denver, and winning “Best of 2016” from allaboutjazz.com. Fox is currently preparing for the release of his forthcoming album, Mark Fox – “Iridescent Sounds”, produced by legendary, multi-Grammy Award
Winning producer & NEA Jazz Master, Todd Barkan, on Humble Genius Records. The band is working towards bringing the band’s powerful, transcendent and unique sound to the world stage.
Mark Fox’s core members include Felix Ayodele – guitar, Peter Stoltzman – piano, Troy Robey – bass, Tom Tilton – drums and special guests Daniel Moreno – percussion, Malick Koli – drums, Jimmi Hopps – percussion, Hugh Ragin – trumpet, Robert Johnson III – vocals, Yolanda Bush – vocals and legendary West African singer, Awa Sangho.
In December of 2018, Fox returned to the recording studio to record a unique, David Bowie influenced, cross-genre album of pop-structured songs done in a jazz/gospel/afro-beat way, that is creating a new sound and genre of music. The project stems from an epic recording & reinvention of a David Bowie song, “Word on a Wing” that inspired the executive producer to finance, and Fox to write and arrange the music for this forthcoming project.

Most recently, Mark Fox has been engaged by Redwood Entertainment, a powerful, well established artist management group based in New York City and has memorialized global publishing deal with 1630/Heights Music Publishing.