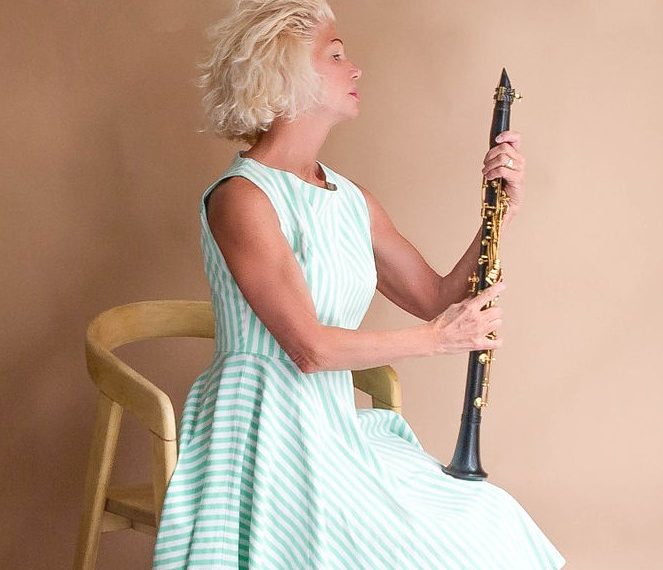 “The Silverstein Ligature allows the indulgence for complete tonal freedom. It scores well because it is practically indestructible yet at the same time pulling its weight for delivering consistent performance on my Rico Reserve Evolution #4. The tension screw is easy to adjust and with very little tension will secure the reed in place without shifting. The double intertwining cords allow for even pressure on all areas of the reed and is a perfect example of minimalist design with strength and beauty.” ~Maryanne Lacaille

Clarinetist Maryanne Lacaille has garnered international attention for her virtuosity, creativity and command of her instrument producing rich lush phrasing and dynamic programming. Her international travels and ongoing practice and studies on diverse musical cultures has become part of the fabric and driving force behind her performances. Her travels to over 26 countries including Hong Kong, Italy, Germany, Mexico, Central America, Hawaii, Thailand, South India, Venezuela, Mumbai, Cuba and Brazil during the past 30 years has become the fabric and force of her insight into musical cultures. In December 2014, Maryanne traveled to Samoa and Auckland New Zealand to research the rich heritage and tradition of the voice. A recent appearance at the International Clarinet Association Conference 2014 in Baton Rouge reviewer touted her performance of the Resanovic Alt.Music.Ballistix (for clarinet and tape) as “un-surrealistic and brilliant performance”.

As an innovative educator, she has been a Buffet Clarinet Artist 1993-97 and is currently a D’Addario Reed Artist for the Rico Corporation and in demand as a clinician, soloist, chamber musician and educator throughout the country. She earned her Bachelor in Clarinet at the Boston Conservatory studying with Harold Wright, Peter Hadcock, Pasquale Cardillo and Attilio Poto. She began graduate studies at the University of Massachusetts with Joseph Contino and completed her degree at Central Washington University with Dr. Raymond Wheeler. Post graduate studies with Chris Sereque and Ronald Philips in Seattle.

In 2008 under Artist Management with Prestige Artists Classical Music Management, Trio di Buson was formed and contracted to perform a world premiere concert at Merkin Hall (NYC) for a concert by the Trio’s pianist/composer John Alan Rose which led to a record deal with the Guild Label. Buson’s Ballet Chamber Music (GMCD 7378) and is now available everywhere.

Known for her work with various ensembles, Maryanne’s dynamic and unconventional programming with various ensembles and other musical cultures that spotlight the composer has led to a myriad of inflections which play a primary role in engaging audiences throughout USA, New Zealand, Europe, Asia and Mexico. Her awareness to expand the clarinet repertoire along with her work as a recitalist and chamber musician is constantly evolving into new directions including future commissioned works involving computers, videos and live electronics. Maryanne has worked with Armando Ghidoni and Ziboukle Martinaityte in recording projects and commissioned works.