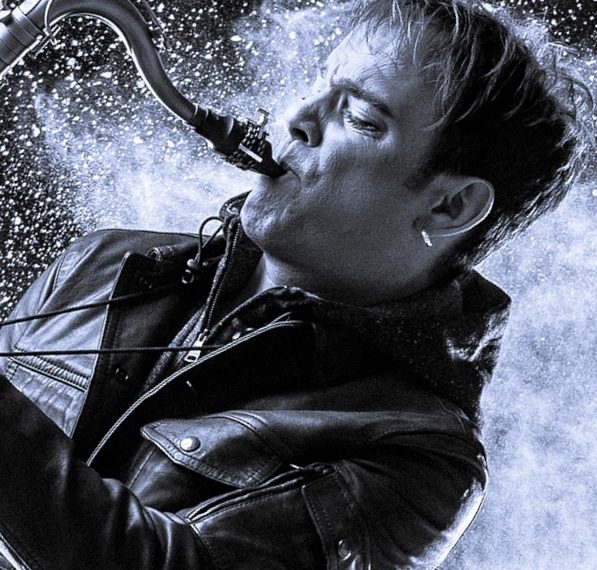 “Silverstein has revolutionized the ligature. I’ve had the pleasure of trying several different models and they all play incredible! I’m playing the HEXA on all my saxophones and am loving it. It blows so freely and allows me to achieve an open, unobstructed sound. It’s full and balanced, maximizing overtones without losing any projection. I also love that I can tailor the positioning of the HEXA on the mouthpiece to get the sound and response just where I like it. Hats off to Silverstein for an impressive feat of engineering. The workmanship is impeccable and these ligatures are true works of art, both visually and audibly. Most importantly, they sound amazing and bring out the best in me as a player.”

“I recently had the opportunity to try the new MAESTRO Titanium ligature on my soprano and was complete blown away! Wow… somehow Silverstein has taken it up yet another notch. The MAESTRO Titanium is even more open and allows the reed to vibrate to its maximum potential. It sounds extremely natural and retains fullness over the entire range of my horn. Sorry guys, you can’t have the prototype back… seriously… it’s staying on my soprano!””

With over 25 number one radio singles on various radio charts, and multiple Grammy nominations over the past 12 years as an artist, producer and mixing engineer, Darren Rahn has become urban jazz’s premiere sonic architect, the “go-to” guy for established genre greats and up and comers looking for their next sure-fire hit. On the coveted Billboard chart alone, to date he has had his hand on 18 number one hits, 50 top ten hits, and 85 songs in the billboard top thirty. His most recent radio single “Moxified” recently peaked at #2 on the Billboard Smooth Jazz Chart. Rahn’s lifelong affinity for woodwinds started as a kid with the clarinet before he taught himself baritone sax to join his junior high jazz band. He has infused his previous four albums – including Once in a Lifetime (2005), Talk of the Town (2009), Speechless (2012) and  Sonic Boom (2016) with a mix of tenor, alto and soprano saxophones.

Rahn, who launched his career producing, engineering and mixing for local Denver area artists starting in the late 90s, began working with Tisdale after Rendezvous Entertainment, an independent label co-owned by Dave Koz, showed interest in him. They were so impressed with his production that they offered to have helm a track for Tisdale, one of their top artists. In 2004, just as his own solo career was gaining steam, Rahn produced the bassist’s hit cover of “Ain’t No Stoppin’ Us Now”; it was in the pole position on the airplay charts for four weeks and stayed in the Top 10 for nearly eight months. His subsequent production work on Tisdale’s Way Up! project resulted in a #1 Billboard Contemporary Jazz Album. He has garnered Grammy nominations for his work as a producer, composer, mix engineer, and session musician for other artists including three Grammy nominated Dave Koz projects: Hello Tomorrow, Dave Koz Greatest Hits and Summer Horns.

Rahn’s dual paths as an artist and producer reached a unique pinnacle when his own single “Talk of the Town” hit #1 on the Billboard jazz chart (followed by the Top 5 track “What Cha Gonna Do For Me”) and he scored three consecutive #1 productions (14 weeks in all) on the Radio & Records smooth jazz chart, holding the top position with Dave Koz, Eric Darius and Tim Bowman. During this time, Rahn held the top three chart positions for several weeks and had as many as four songs in the Top Ten at the same time. Over the years, as his detail-oriented sonic excellence led to more and more hit recordings, his resume has grown to include everyone from Toby Keith, Jonathan Butler and Najee to Bob James, Kirk Whalum, Jeffrey Osborne, Phil Perry, Jeff Lorber, Norman Brown, Jonathan Fritzen, Scott Allman, Julian Vaughn, Nick Colionne, Lebron, Dave Bradshaw, Jr., Patrick Lamb, Ryan Montano and many others.