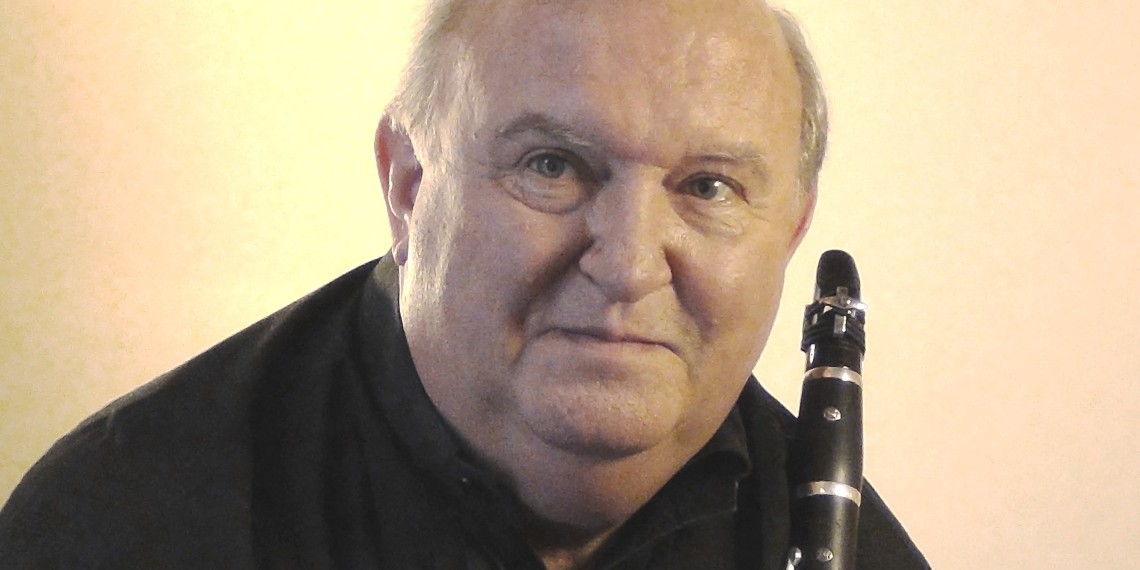 Leslie Craven was born in London in 1953 and studied clarinet from the age of seven attending both the Royal Academy (as a junior exhibitioner) and Royal College of music, where he won numerous major prizes and took part in master classes with Nadia Boulanger, teacher of many of the 20th Century’s greatest composers.
At the age of 11 he was invited to play on a special occasion with the London Philharmonic Orchestra conducted by Colin Davis.
He is currently Principal Clarinettist in the world renowned Orchestra of Welsh National Opera, a post he has held for 21 years, invited to join the orchestra and appointed by maestro Carlo Rizzi.

Before joining WNO he played for and recorded with the London Symphony Orchestra, Royal Philharmonic, Philharmonia, London Chamber Orchestra and also played for commercial T.V. series, films and advertisements. Among films he has played on are :The Wicker Man (the original), Howards End, The Pope Must Die, Mickey Blue Eyes plus many more – and TV series including Soldier, Soldier and House of Elliott.
As a professor of clarinet he gives master classes worldwide and is course leader of the Clarinet Convention held annually in Cardiff University and also teaches at the Royal Welsh College of Music.
He is author of the pedagogical book “Instant Help for Playing and Teaching the Clarinet”, on therecommended reading list for the diploma course of the Associated Board of the Royal Schools of Music.

Concerto and recital performances have taken him to the United States and Canada, most of Europe and South Africa and parts of Asia. He has broadcast much of the major repertoire for clarinet and piano for radio networks around the globe. His solo TV appearances include; the Fantasia on Verdi’s “La Traviata”, the Mozart Concerto with the WNO orchestra and the obligato to “ Parto, Parto” (Mozart) for TV’s “Singer of the World” and also at the BBC televised birthday celebrations of the late Sir Charles Mackerras.

An innovator in the subject of clarinet, Leslie plays on his own design mouthpiece which is now used by many of Britain’s finest players and leading clarinettists in many different countries worldwide. It is made by Bradford Behn and available exclusively from Leslie’s website. He also uses Silverstein ligatures, Backun bells, Clarinet Concepts (Allan Segal) barrels and Leblanc Opus clarinets.

As a soloist, Leslie has inspired many composers to write and dedicate works to him notably; Concerto by Christopher Ball (recorded on Quantum QM 7040) and Quintet for clarinet and strings (recorded for Musical Concepts MC 151) and numerous other original tonal works written for Leslie can be heard on his C.D. “Expressions” available from his website. (Clarinet Classics CC 0059). He has appeared on many other CDs including the Sonatine by Andre Jolivet ; ASV CD DCA948 and Villa Llobos Choros No2 (South American flute music Kingdom records KCLCD2027 ) with flautist Anna Noakes.

In December 2010 Leslie recorded both the Brahms Sonatas and Nino Rota Sonata (with Michael Pollock, piano) and the trios by Brahms, Bruch, Beethoven and Rota on two CD’s; Rota Centenary and Romantic Trios with virtuosi; Stjepan Hauser, cello (of “2 CELLOS” fame) and Yoko Misumi piano. Dinmore Records DRD 224 & 225 (both gained rave reviews in the international journals; Music-web-international, THE CLARINET (ICA) and Clarinet and Saxophone (Clarinet and Saxophone Society of Great Britain) plus De Klarinet and BBC magazine – the Romantic Trios disc was nominated for a BBC music magazine chamber music award.)

His latest CD; “Inspirations” the clarinet chamber music of Roma Cafolla with virtuosi Lana Trotvsek violin, Yoko Musimi piano, Katherine Thomas harp, Boris Bizjak flute and Patrick King percussion, is yet to be released and will be on the Hedone label HCD14002. It is expected to be available from Leslie’s web site in December 2014. The music is diverse, tonal, lyrical and mostly Italianate / Irish, romantic in style.