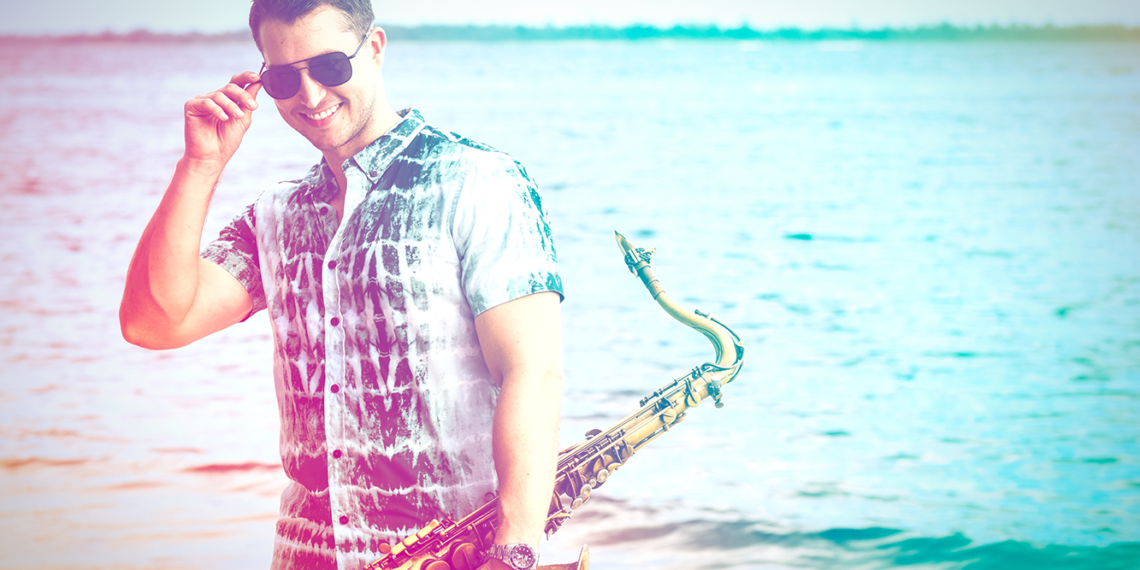 “Loving the ligatures, I tell all my fellow sax playing friends about them”

Chris Godber (God – brrr) isn’t just another sax player. When Godber performs his goal is not just to entertain, but to Inspire. Despite being told by doctors he wouldn’t be able to play the saxophone due to of the severity of his asthma, Chris Godber took to it anyway. Picking up the sax in middle school band at age 12, Godber has been leaving others breathless ever since. He was first drawn to the sound of the saxophone while living in Germany. His family was military and while being stationed overseas the majority of their entertainment came from music as they only received one channel on their television. As Chris recalls, “I was a product of the 80’s and Kenny G was getting pretty popular around that time. My parents were Big Kenny G fans!” No doubt it had some influence; however, Godber definitely has a sound all his own with a bit of the R&B / Gospel vibe showing through. Or as SmoothJazz.com put it, “If you’ve ever wondered what Kenny G would sound like if he kicked it up a notch, then you need to listen to this guy play…Chris has suffered from asthma since his youth, but has overcome it to the point of still being able to play… and play powerfully… truly a testament to his faith and determination.” Such powerful playing can be heard on all of his projects especially his latest, ‘My Offering’ (2011) and his very successful holiday project, ‘Where Are You Christmas’ that released Fall of 2013.

His performance is invigorating and inspiring. As Chris put it, “God blessed my playing and gave me the ability to play even with my asthma, so all Glory goes to Him. I tell my story everywhere that I play because I want it to resonate with people just as much as my music. You never know who’s out there listening and who needs to hear that the message of God’s grace and healing. That’s why I do what I Do.” Godber takes that passion with him even off the stage where he is also a Respiratory Therapist. No doubt a nod to his 2009 release, ‘One Breath at a Time.’ He’s even been known to bring his sax to work and play for the patients. Most of those patients would have no idea that their Respiratory Therapist is an Artist Endorser for L.A. Sax or that he has played at the Clearwater Jazz Holiday Festival, opened for such legends as Tower of Power and Average White Band or that he has performed for the cast of Dancing with The Stars as they toured. No, Chris isn’t the type to brag, he’s about as laid back as they come…until you give him a saxophone, then sit back and prepare to be blown away!