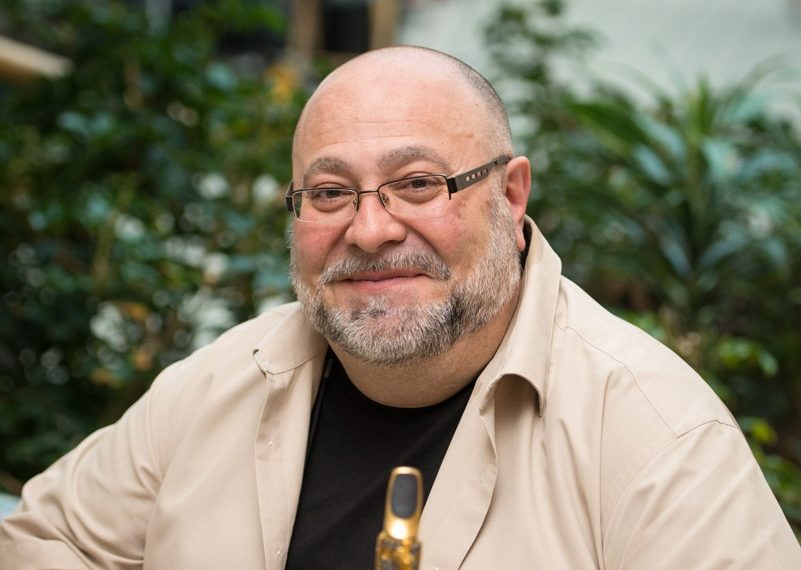 “I received a package from Silverstein Works that looked like a box containing a precious diamond. When I opened it the ligature  inside was nothing less than Beautiful! It was the new CRYO4 Ligature. I could not wait to try it! I placed it on my mouthpiece and immediately proceeded to play. My immediate reaction was WOW!!!! It was incredibly free blowing. My lower register of my Tenor sax just sang to me, and the mid to Altissimo played smoothly like I never played before. This ligature also enables me to practice more and play shows without being tired! It also allows me to take my music to another level. Thank you Silverstein for creating one of the BEST LIGATURES that is second to none in the world!!!” ~ Enrico Galante

Enrico Galante was born and raised in Toronto Ontario Canada and now makes his home in Oakville Ontario Canada. Enrico has been performing since the age of 10 and is a most sought after entertainer. His passion for the saxophone began at the very young age of 5 while watching the Lawrence Welk show on TV with his grandparents. There was an immediate connection between Enrico and the sweet mellow sounds of the saxophone section.

Today Enrico Galante performs for audiences all over the country. He has performed live on CHIN International TV, and has actively organized The Heart and Stroke Fundraiser Gala in tribute to his beloved mother Rosaria Galante who passed away in 2005. In memory of his mother Enrico has released a CD with 10 of his mother’s favourite songs titled “IT’S NEVER TOO LATE FOR SAX”.

Enrico has worked with Juno Award winner Liberty Silver, World Class Mediterranean Guitarist Pavlo, and World class Vocalist Brian Roman. Enrico was one of the founding members of Canadian Recording Artists Gratitude, where he played Tenor and Alto saxophone for International Recording Artist Wess Johnson. Enrico was also part of the Opening act along with Aubrey Mann for Cameo and The SOS Band at The OKeefe Centre in Toronto.

Enrico has also dedicated the last 28 years of his life as a High School Music Director with the Toronto Catholic District School Board ( TCDSB) giving young aspiring music students the opportunity to express themselves through instrumental and vocal music developing the skills required to become our next generation of music creators.

To follow Enrico Galante and upcoming events and news you can visit him at www.enricogalante.com