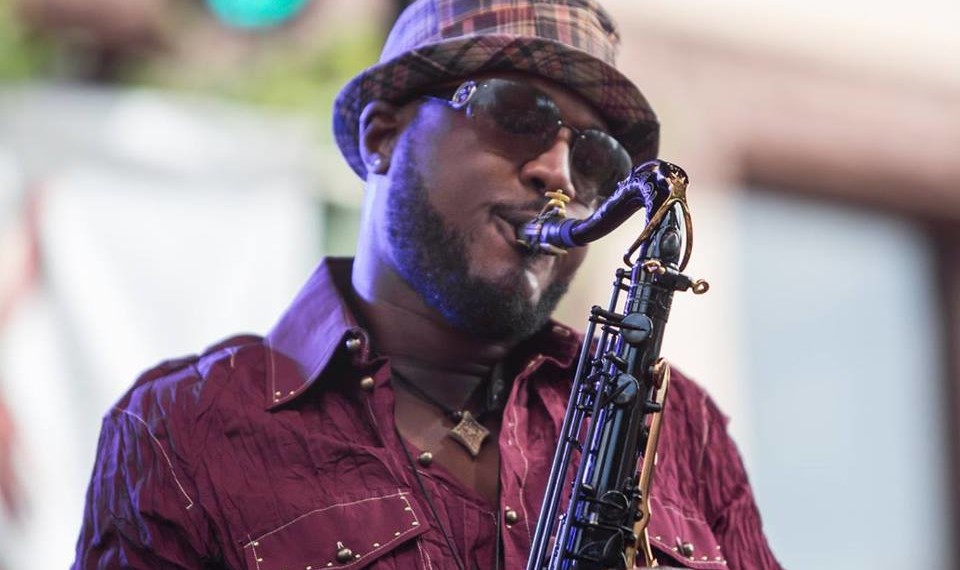 Saxophonist Elan Trotman, quickly becoming one of jazz’s most thrilling and emotive performers, continues to stand out and push boundaries as a composer, performer, teacher and recording artist. Trotman’s playing, though inspired by Grover Washington, Jr., Kirk Whalum and Arturo Tappin (Elan’s childhood mentor), displays his own fresh ideas and distinctive tone. So much so that the New England Urban Music Awards, and The Barbados Music Awards both named him Jazz Artist of The Year on multiple occasions. Born and raised in Barbados, the native island of pop star Rihanna, and educated at the world-renowned Berklee College Of Music in Boston,Trotman approaches jazz in his own way. Blending Caribbean rhythms from his roots with skillful horn textures, his playing is full of surprises.

Trotman grew up in tropical island paradise of Barbados, (home of Pop Icon Rihanna) where he grooved to calypsos, reggae and local music. He started piano lessons at 7, picking up the saxophone five years later. Well-known local saxophonist Arturo Tappin became his mentor in high school. Tappin attended Berklee in the late 1980s and returned to the island with valuable insights into jazz, which he fused with calypso and reggae rhythms. “He helped expose me to other genres outside of our native music,” Trotman says.

In the summer of 2013, Elan was invited to be a headliner on Jonathan Butler’s Soul of Summer Tour alongside Sheila E. Later that year, he was also a featured performer on the Dave Koz Mediterranean Cruise, and the Capital Jazz Cruise. He’s also a regular sax-side man for an A-list of smooth jazz artists that include Jonathan Butler, Earl Klugh, Keiko Matsui, Peter White and Brian Simpson.

As a recording artist, Elan has already been credited with 7-top 25 Billboard Radio singles, from his own albums Love and Sax (“Heaven In Your Eyes“), Tropicality (“Tradewinds” and “Masterblaster“), and from collaborations with Brian Simpson (“Just What You Need“), Greg Manning (“Groove Me“), Cal Harris Jr (“Smooth“) and Lin Rountree (“As“). Known to compose and produce all of his projects, Trotman’s discography is currently at 7 and growing, with the success of his latest albums:”Love and Sax“,”Tropicality” and “#LiveandUncut“.