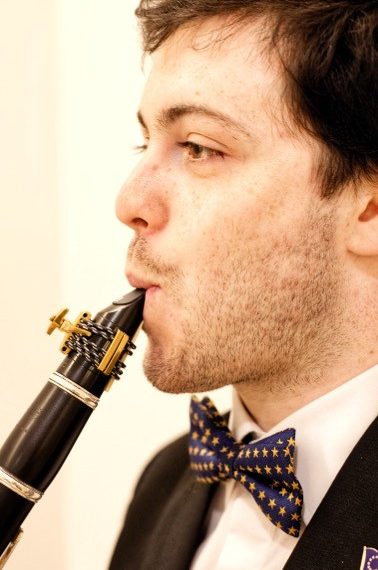 “I had heard a lot about these ligatures, and I always try the new materials and every time I tried it I felt something new and better like colorful sound, really easy blowing and really good staccato on the ligatures and a really interesting work on the Reedcure, for that reason I love this big family because they are always improving! ”

In 2016 Daniel graduated with 110, lode and honors at the Conservatory “F.A. Bonporti” in Riva del Garda with the Professor Lorenzo Guzzoni. He has also studied bass clarinet with the same professor, with Davide Pietro Lattuada, and with Paul Richards as well. He has collaborated with Ensemble Zandonai, the Conservatory Orchestra F. A. Bonporti of Trento, Orchestra Haydn, Istituzione Sinfonica Abruzzese, Orchestra of the International Piano Festival of Brescia and Bergamo, Symphonic Orchestra India; He has also participated to the last season of Trentino Music Festival on the occasion of courses of the Music Academy International in New York.

He is a full member of the European Union Youth Orchestra (EUYO) and he was selected for the Italian Youth Orchestra and for the Orchestra Teatro Olimpico in Vicenza.
In particular he participated to the master of Mate Bekavac (2009-2010-2011), Charles Neidich, Andreas Sundin, Johannes Peitz, Lorenzo Coppola, Calogero Palermo (20132014).

Then in 2012 he participated to the “Orchestra Nazionale dei Conservatori” as 1st clarinet and he was selected as solo (duo) with the Haydn Orchestra of Bolzano; In 2014 he was in the last round (the only clarinetist) in the Concours named “Società Umanitaria”.

In 2015 was re-elected 1st clarinet in the Orchestra Nazionale dei Conservatori; during the same year he won the 1° Prize in the “Premio Abbado” contest held by the Ministry of Education in the clarinet section and he was also selected by the Budapest Festival Orchestra as clarinet and bass clarinet, for an apprenticeship of one year.

Finally he is a member of the “Corde in Aria”, a duo with piano formed in 2013 and “Quadrophobia” (www.quadrophobiawindquartet.it), a quartet born in 2010 (Clarinet, Sax, Bassoon, Bass Clarinet); during summer 2012 he recorded with them the CD “In Quattro” and they are working in these months on the new Cd.