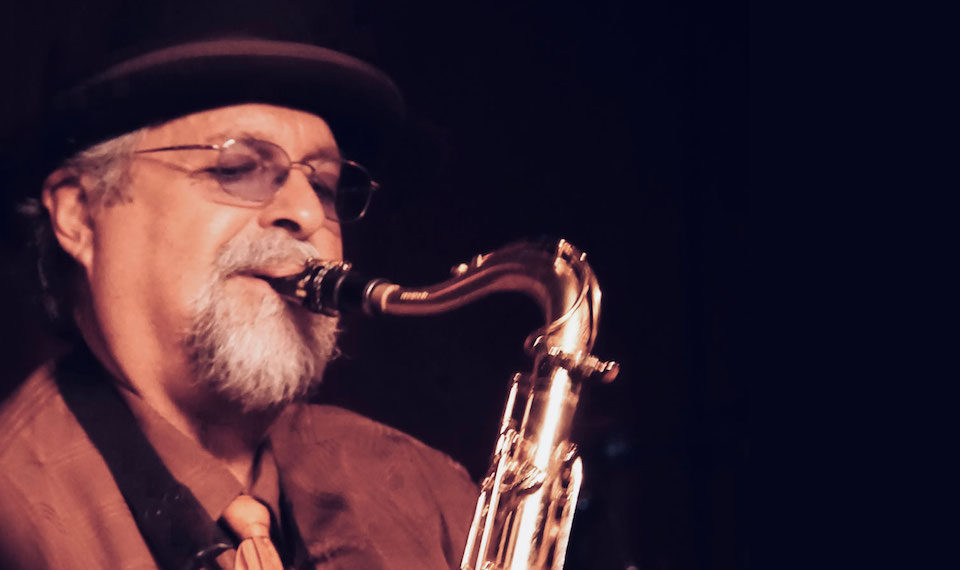 You might think by glancing over the list of accolades garnered by Grammy-winning saxophonist/composer JOE LOVANO that this renowned musician has found an established formula for success – and that he has.Unlike other artists who consistently repeat themselves and stay within the confines of their own self imposed parameters, the secret to Lovano’s success is his fearless ability to push the conceptual and thematic choices he makes in a quest for new modes of artistic expression and new takes on what defines the jazz idiom.

With Folk Art, his 21st recording for Blue Note, Joe Lovano debuts Us Five, a dynamic new ensemble and one of the most exciting of his acclaimed career that collectively breathes a youthful exuberance into the first-ever Lovano album to be comprised entirely of his own original compositions. Recorded in November 2008, after a preparatory week at New York’s famed Village Vanguard, Lovano presents a collection of nine original compositions for himself on tenor saxophone, straight alto saxophone, alto clarinet, tarogato, aulochrome, and percussion; – James Weidman on piano; Esperanza Spalding on bass; and Otis Brown III and Francisco Mela on—as Lovano likes to put it—drums and cymbals. He explores a wide spectrum of ―colors, sounds, and feelings,‖ organizing the flow into passages for quintet, quartets, trios, duos, and solos within the unit, exploiting to the fullest the various rhythm section possibilities afforded by the two-drummer format.

Lovano was born in Cleveland, Ohio in 1952, and began playing alto saxophone as a child. A prophetic infant photo of Lovano shows him cradled in his mother’s arms along with a saxophone. His father, tenor saxophonist Tony “Big T” Lovano, schooled Lovano not only in the basics, but in dynamics and interpretation, and regularly exposed him to live performances of international jazz artists such as Sonny Stitt, James Moody, Dizzy Gillespie, Gene Ammons, and Rahsaan Roland Kirk.

Upon graduation from high school he attended the famed Berklee College of Music in Boston. Lovano’s early professional gigs were as a sideman with organists Lonnie Smith, Brother Jack McDuff, and a three-year tour with the Woody Herman Thundering Herd from 1976 to 1979.

After leaving Herman’s band, Lovano settled in New York City where he eventually joined the Mel Lewis Orchestra for its regular Monday night concert at the Village Vanguard; playing from 1980 to 1992 – recording six albums with the Orchestra.

Lovano’s illustrious relationship with Blue Note Records began in 1991 and includes eight Grammy nominations with a win in the Best Large Ensemble category for 2000’s 52nd Street Themes. Numerous accolades for the saxophonist also include multiple wins as Down 2 Beat magazine’s Jazz Artist/Musician of the Year, Tenor Saxophonist of the Year and Album of the Year.

In recent years, Lovano has spent a good deal of time collaborating, both in the studio and the concert hall, with two other premier tenor saxophonists of his generation – Dave Liebman and the late Michael Brecker in the collective Saxophone Summit. Their first release Gathering of the Spirits was released in 2004 on Telarc. After the untimely passing of Michael Brecker, Lovano and Liebman were joined by Ravi Coltrane on their acclaimed sophomore release, Seraphic Light.

Since early 2008, Joe replaced Joshua Redman in the tenor saxophone chair of the touring and studio ensemble, the SFJazz Collective. Also new to the Collective in 2008 were trumpeter Dave Douglas, trombonist Robin Eubanks, and fellow Blue Note Recording Artist vibraphonist Stefon Harris. They join Miguel Zenon, Renee Rosnes, Matt Penman and Eric Harland in this popular ongoing ensemble of some of today’s most exciting jazz players.

Lovano’s 2008 release and Grammy nominated Symphonica placed him in front of the worldrenowned WDR Big Band and WDR Rundfunke Orchestra performing some of the saxophonist’s most acclaimed and cherished compositions as arranged and conducted by Michael Abene.

As Ben Ratliff opined in The New York Times, ―”It’s fair to say that (Lovano’s) one of the greatest musicians in jazz history.”