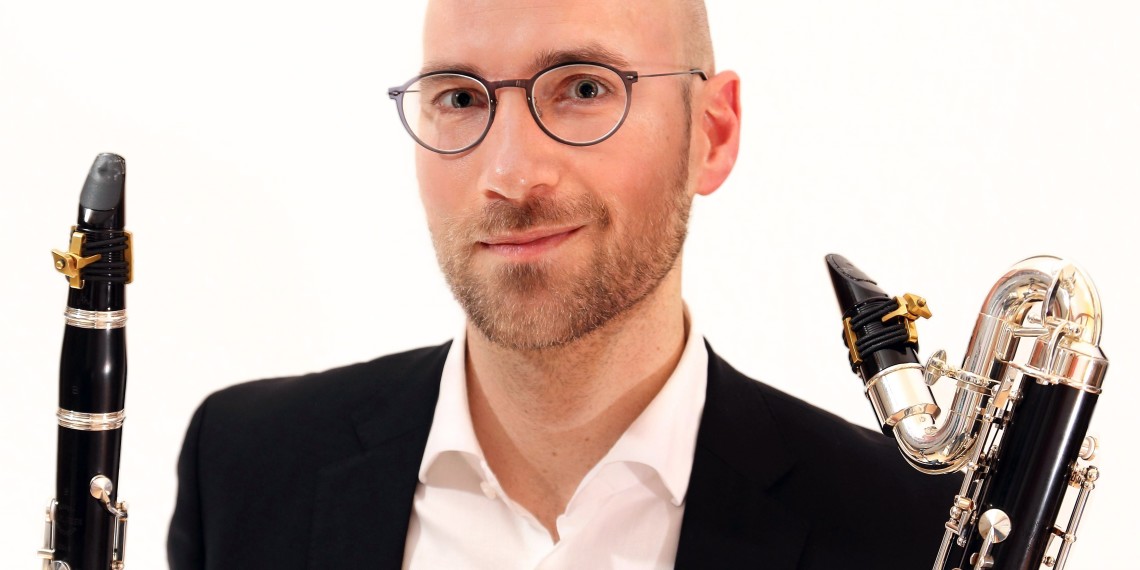 “I was convinced about the [Silverstein] ligature because of its bigger, rounder, and even more concentrated sound. I love the air flow and articulation possibilities!” – Andreas Langenbuch

Andreas Langenbuch, born in 1978 in Rothenburg ob der Tauber, already with 14 years at the Conservatory was Hospitant Würzburg. He studied with Prof. Norbert Kaiser at the Musikhochschule Stuttgart. Master classes he visited repeatedly with Prof. Hans Klaus.

At the time he was allowed to gain experience at the State Theatre Stuttgart and Karlsruhe, and the BR Symphony Orchestra. Following this, he was given a permanent appointment in the Rundfunk-Sinfonieorchester Berlin.

In addition to the orchestra, he deepened his studies in the form of concert exam at the University of Arts Berlin with Prof. Francois Benda, where he graduated “with distinction”. At this university he leads since 2010 a separate class in the artistic main subject.

In 2012 he joined as a solo bass clarinetist for WDR Sinfonieorchester Köln.

As a soloist and chamber musician he has performed in Europe and abroad, also in 2013 and 2014 in Seoul, Korea, where he also gave master classes. Most recently, he played the repeated Copland concert with members of the Berlin Radio Symphony Orchestra, which he has a special work due to his penchant for jazz.

Since 2014, he has been a lecturer for bass clarinet at the Academy of Music Weimar.

In 2017, Andreas accepted the professorship at the Robert-Schumann School for Music in Düsseldorf.