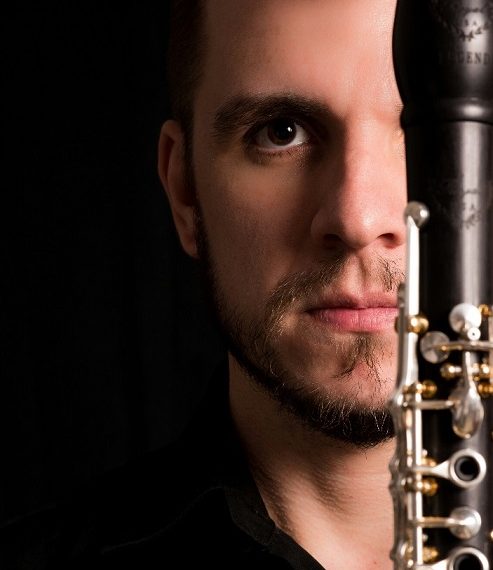 “I met Silverstein at ClarinetFest2015 and was impressed. Besides the wonderful sensation we have when playing, gives you possibilities to achieve the sounds you need with an incredible response, a important gain for us musicians.” ~Whatson Cardozo

One of the most versatile youngsters of his generation, the Brazilian Whatson uses the Maestro model for clarinet, Hexa for Bass clarinet,  Estro for Eb clarinet, and Cryo4 for all saxophones.

Whatson was born in Niterói, Rio de Janeiro, he began his studies at the age of ten at Salesiano Santa Rosa, under the tutelage of Affonso Reis and Jorgelen de Oliveira, continuing with Cristiano Alves, Thiago Tavares and Edmilson Nery.

He has participated in the festivals of Jaraguá do Sul, Campos dos Goytacazes and Campos do Jordão. Performed recitals, masterclasses in meetings of clarinetists all over Brazil, and also ClarinetFest(Madrid-2015 and Ostend-2018), International Clarinet art Week Schenzhen(China-2017), Encuentro Internacional de Clarinetes de Tucumán(Argentina-2017) and Novi Sad(Serbia- 2018).

As a soloist, he participated in the Young Brazilian Symphony in 2004, Experimental Opera Company in 2005 and Petrobras Symphonic Academy in 2006, also doubling as 1st Clarinet. Reached the finals of the FURNAS Musical Generation contest. In Sao Paulo 2007 he performed at the Santo Andre Symphony, SP University Chamber Orquestra and Tom Jobim Young Orchestra.

Resident Young Artist for the Musical Offering in 2008 and 2009 in Sao Paulo and a Resident Artist of the MIMU 2011 in Minas Gerais. He has been a guest member of the Mato Grosso State Symphony, took part in the SESC – Sonora Brasil project, bringing Villa-Lobos’s work to 78 major cities in Brazil.

Has the support from luthier Savio Novaes.

Whatson Cardozo is an artist with “Royal Global”, “D’Addario Woodwinds” and “Silverstein Works”.