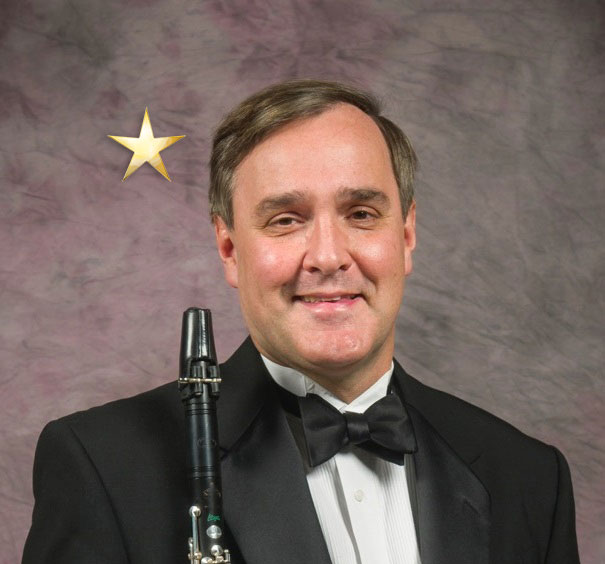 “The Silverstein ligature produces a superbly rich and vibrant tone, and makes even average reeds sound spectacular. The ease of articulation absolutely stuns me—I find the crisp and clean staccato that I can produce on this ligature to be nothing short of transformative in my own playing.”

Clarinetist Tod Kerstetter is Professor of Music in the School of Music, Theatre, and Dance at Kansas State University in Manhattan, Kansas. He also currently serves on the Executive Board of the International Clarinet Association as Treasurer. Kerstetter holds degrees from Furman University, Indiana University, and the University of Georgia, and studied clarinet with Earl Bates, James Campbell, Robert Chesebro, Larry Combs, Henry Gulick, Theodore Jahn, and Richard Waller.

A frequent recitalist and master clinician, Kerstetter has performed at many of the International Clarinet Association’s annual ClarinetFests, including the 2013, 2014, and 2015 conventions in Assisi, Italy; Baton Rouge, Louisiana; and Madrid, Spain. In 2008 he was a featured recitalist at the University of Oklahoma Clarinet Symposium. His vast experience as an orchestral musician includes performances on clarinet, E-flat clarinet, bass clarinet, and saxophone with a variety professional ensembles including the American Wind Symphony, the Charleston (SC) Symphony, the Evansville (IN) Philharmonic, the Filarmónica del Bajío of Guanajuato, Mexico, the Huntsville (AL) Symphony, the Kansas City Symphony, the Nashville Chamber Orchestra, the Nashville Symphony, the Owensboro (KY) Symphony, the Savannah Symphony, and the Topeka Symphony. He has performed as solo artist with the Bowling Green Western Symphony and the Nashville Chamber Orchestra. Kerstetter also frequently performs as a solo jazz artist on both clarinet and saxophone.

There are sound files and other resources available here, such as my Kansas State University Clarinet Handbook.