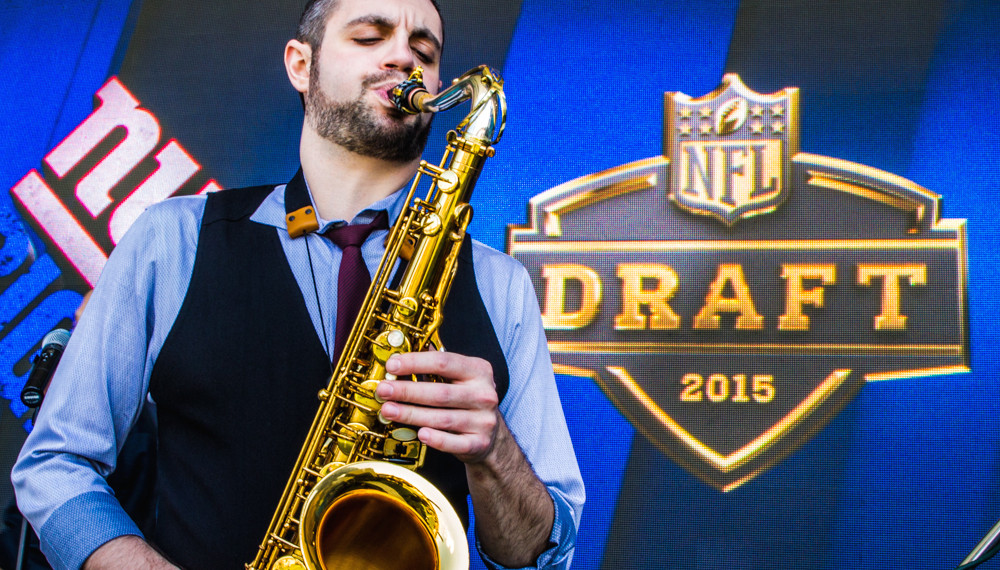 “The Silverstein Ligature is hands-down the best ligature I’ve ever used! (and I’ve tried them all) It gives me the dark tone of a leather ligature with the openness and flexibility of metal. Very free-blowing with the right amount of resistance, it gives me the big sound I want with just a bit of edge.”

Tim Veeder is a professional saxophonist, clarinetist, flautist, composer, arranger and educator based in the New York, NY area.

Born and raised in the small upstate NY town of Gloversville, Tim Veeder picked up his first saxophone at the age of 11.  During his high school years Tim played his first professional gigs in the local horn-rock band ‘Cleen Street and the OverEasy Horns’, alongside his band teacher, mentor and cousin John Savage.

Tim was a staple of the Albany, NY music scene through 2007 playing at numerous clubs, concert halls and regional events with many well-known local bands. The most notable of these being The Burners UK, with whom he played throughout the United States and abroad in places such as Washington DC, Atlanta, GA, the Olympic Arena in Lake Placid, Mexico, Montreal and at The Atlantis Resort in Bahamas, as well as at many national political events.  Tim’s saxophone playing was also featured on many local and regional television shows, including a national TV broadcast of the Mike & the Mad Dog sports talk show on the YES Network.

Tim currently plays extensively throughout the New York City area and around the nation with a number of different groups. His recent national performances include appearances at the Balcones Heights Jazz Festival in San Antonio, April 2011’s Highlights In Jazz Concert in NYC, The Catalina Island JazzTrax Festival in California, the Seabreeze Jazz Festival in Florida, and the Newport Beach and Thornton Winery Jazz Festivals in California. He also teaches music at the White Plains Public Schools, ranked nationally as one of the “Top 100 Schools in Music Education” by the NAMM Organization and is a “National Blue RibbonSchool of Excellence”.

Tim’s recorded works include “Live at Freedom Park” and “APB” with the Alan Payette Band, “Through It All” by John Savage, “Live” with The Burners UK, and “Five Gorillas Walk Into A Bar…” with the Gas House Gorillas. Tim is also featured on Cindy Bradley’s 2011 release “Unscripted”, including the first single off of that album, “Massive Transit”, which was #1 on Billboard’s Smooth Jazz Chart for 4 weeks during September of 2011. Tim is also featured on John Savage’s 2011 release “Life Stories”, and Tim’s first solo CD is due out in early 2015.