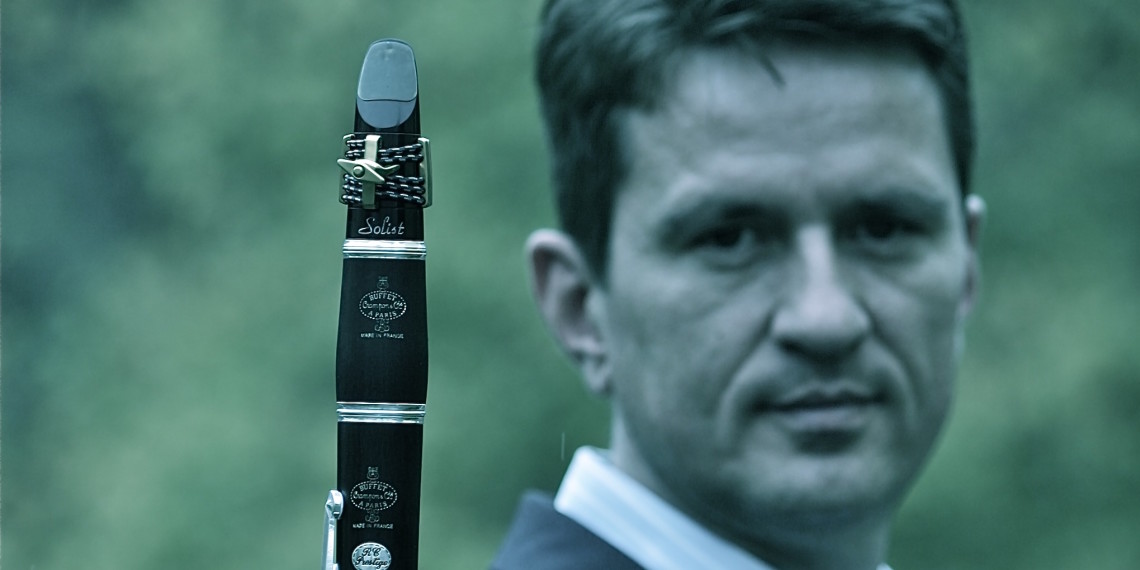 After finishing the Maribor Music School, SLAVKO KOVAČIČ continued to study clarinet at the Academy of Music in Ljubljana with Prof. Mihael Gunzek and graduated with honours in 1995 in the class of Prof. Alojz Zupan. He perfected his knowledge at the Master Courses with Prof. Charles Neidrich (Juilliard School of Music-New York, USA) and at Prof. Alois Brandhofer (Mozarteum-Salzburg, Austria). He also graduated with honours in Salzburg at the University of Music Mozaretum (prof. Alois Brandhofer).

He cooperated with Pannonian Orchestra – Graz, Orchestra of Academia Ars Musicae, Austria and with all Slovenian symphonic orchestras: Maribor Opera, Ljubljana Opera, Maribor Philharmonics, RTV Slovenija Symphonics and Slovenian Philharmonics where he was also employed. He is also a member of Slovenian Clarinet Orchestra.

He performs in Slovenia and abroad as a solo player and together with various ensembles.

He is the head of International Summer School for Clarinet in Pučišća on Brač (Croatia) since 2005.

In 2009 he directed the accredited Seminar for Clarinet Professors of Music Schools at Pef UM. He is invited to participate in juries at home as well as abroad. From 2010-15 was he the head of the Music Department at PEF University of Maribor, from 2014 is he a member of the UM Faculty Senate and from 2015 is he a Vice-dean for art activity at Faculty of Education UM.

In 2011 he recorded the solistic album Sentimentale, for which he got an excellent review in The Clarinet Magazine (Volume 40, no.2, March 2013).

He is employed at the University of Maribor – Faculty of Education as the Assistant Professor for clarinet and chamber music playing, while also working as the Prof. of clarinet at the elementary and high school level of Celje Music School.