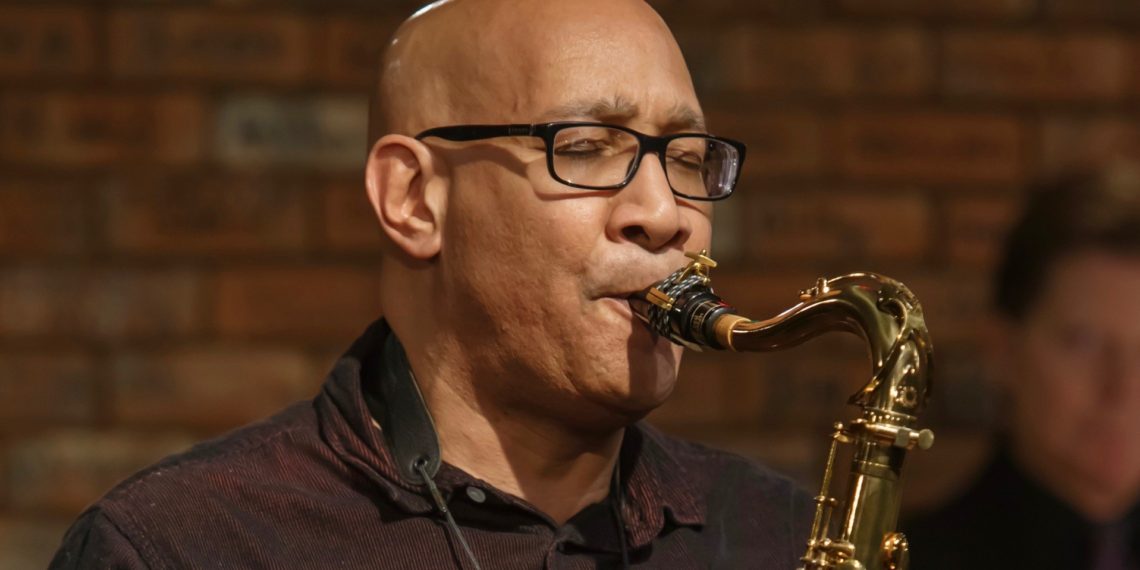 Photo shot at The Blue Note in Tokyo, Japan

“I’ve played many different ligatures over the years searching for that freedom of the sound combined with the proper awareness of the reed and mouthpiece. I’m amazed with the Silverstein Ligature, the horn is vibrating from top to bottom and I’m getting great feedback from the reed which allows me to produce the sound that I desire. It’s important that the sound is free, but you need resistance along with the freedom to be able to play properly, and the Silverstein seems to have the perfect combination. I’m getting about 30-40% more sound from the horn with less work, I can play from the bottom to the top and go from sub-tone to full volume with ease. Ligatures make a big difference. And the Silverstein Ligature can make the difference!” – Marshall McDonald

Marshall McDonald is an accomplished musician and a seasoned performer. He started clarinet studies at the age of 9 with Principal Clarinetist Thomas Thompson of The Pittsburgh Symphony at Carnegie-Mellon University, and continued with William Balawadjer of Carnegie-Mellon University for 6 years and for 2 years with Paris Conservatory graduate Nestor Koval at Duquesne University. He studied jazz and saxophone at University of Pittsburgh with Dr. Nathan Davis and continued his studies in New York City with Miles Davis alumnus, George Coleman. He has also studied sound and embouchure concepts with Joe Allard protege, Dave Tofani.

Marshall began his tenure with The Count Basie Orchestra under saxophonist Danny Turner in 1994 and now holds down the Lead Alto chair famously held by the great Marshal Royal. Marshall has performed concerts and jazz festivals world wide with the orchestra directed by Frank Foster, Grover Mitchell, and Bill Hughes. The orchestra is currently led by Count Basie’s former drummer, the dynamic Dennis Mackrel.

Marshall’s unique ability to play all of the saxophones, clarinet and flute has led to recordings and world tours with The Lionel Hampton Orchestra, Paquito D’Rivera and the United Nation Orchestra, Frank Foster and The Loud Minority Big Band, The Chico O’Farrill Afro-Cuban Orchestra, The Illinois Jacquet Big Band, The Duke Ellington Orchestra and Charli Persip and Supersound. Marshall has played every sax chair except baritone in the Basie Band, he has played every chair including baritone sax in the Lionel Hampton Band, and played and recorded on alto, tenor and baritone sax with Paquito D’Rivera, and was often found switching from the Lead Alto chair of the Charli Persip band to the Tenor chair when needed.

Marshall has also performed with The Bobby Caldwell Orchestra as the opening act for Vanessa Williams. McDonald has performed in Broadway shows, including clarinet in JELLY’S LAST JAM, Tenor Sax, Baritone Sax, Clarinet and Flute in the 1998 production of STREETCORNER SYMPHONY and in 1999 he performed on stage in the musical KAT AND THE KINGS. He was an orchestra member of THE MEETIN’ by Pamela Baskin-Watson and Bobby Watson. In addition, Marshall has played woodwinds behind performers such as Stephanie Mills, Aretha Franklin, Melba Moore, The Four Tops, The Temptaions, Little Anthony and the Imperials, Johnny Mathis, Frankie Avalon, The Dells, and Manhattan Transfer.