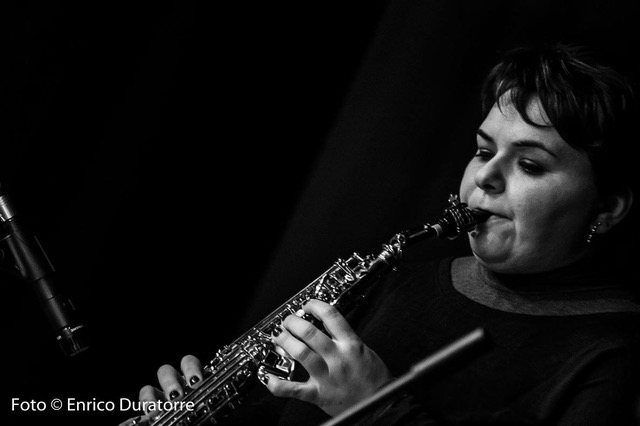 “The Silverstein works ligature is of high quality. It allows the performer to have a precise attack and a direct, compact and easy to control sound.”

Laura Venditti, graduated in December 2009 with honors in Music, class saxophone, under the guidance of the Masters Daniele Caporaso and Cristiano Carrano at the State Music Conservatory “Ottorino Respighi” of Latina. He improves with Claude Delangle, Francesco Salime, Enzo Filippetti, Elisabetta Capurso and arranging courses of film music with Giovanni Monti.

It performs both as a soloist and in chamber groups taking part in various festivals and events such as: “I concerti di Primavera” -Festival “Le Forme del Suono” – “I Concerti del Giovedì” at the “O. Respighi “of Latina; Di_stanze Festival at the University Tor Vergata-Roma; Conservatorio Santa Cecilia for “Cento Cage”; LievitoMad- Latin, “Kokeshi Rebel Fest”, the Regional Park Appia Antica Rome, “Natale nel Parco” 2014 and 2015 organized by the Regional Natural Park Ausoni and Lake Fondi, MaenzaAcustica (Maenza-LT), Campagna Amica- Roma. In November 2015 he performs concerts as a soloist for the Italian Institute of Culture in Sydney and Melbourne, where he was interviewed by the Australian SBS national radio and television based in Federetion Square- Melbourne for the Italian SBS radio program.

During this course he has taken part, as a speaker at the “Day of Study” held at the Conservatory of Latina October 10, 2015, with the report on “The Laboratory of Research and Composition between Sonora and musical paths Training Technical Skills: the Saxophone and Wind instruments in one lesson to the music together.

In the academic year. 2015/2016 follows the training course “The Sound and the Life”, for music education for children aged 0 to 6 years, at the “O. Respighi “in Latina.

He collaborated with the “Amadeus” Association of Aprilia for Propedeutica Music courses in the kindergarten and primary school.

He is enrolled in the Master Expert Yoga for Children and Adolescents at the University Suor Orsola in Naples.

She is Professor From the year 2015/2016, to the side of Maestro Patrizia Angeloni, in the laboratory in the first instrumental music training “Learn your instrument!” At the Conservatory of Latina.