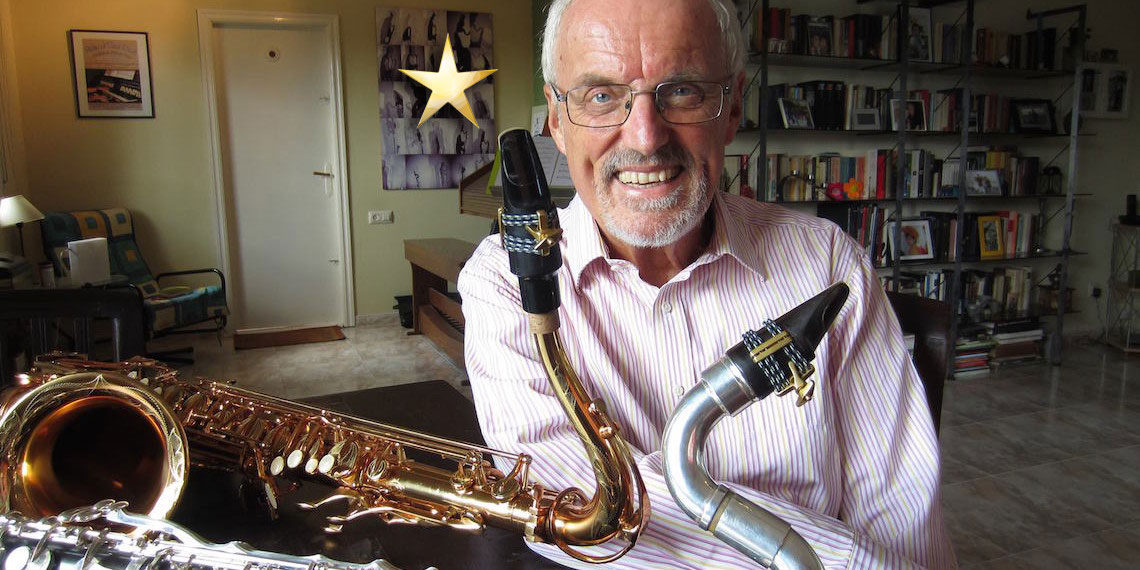 Harry Sparnaay studied at the Conservatory of Amsterdam with Ru Otto. After graduating with a performer’s degree for clarinet, he specialized in bass clarinet and won the first prize at the International Gaudeamus Interpreters Competition, the first time ever a bass clarinettist had won this prestigious competition.

He gave the world premiere of In Freundschaft (bass clarinet version) and Solo (bass-and contrabass clarinet version-adaption Barry Anderson) by Karlheinz Stockhausen and was one of the soloists in Die Verwandlung by Paul-Heinz Dittrich and in the operas Naima by Theo Loevendie, Prometeo by Luigi Nono and A King, Riding by Klaas de Vries. During the Holland festival 1999 he was one of the instrumental soloists in Kopernikus by Claude Vivier.

His composition Bouwstenen (Building Blocks) for bass clarinet and multiple tape delay system was chosen for the ISCM World Music Days in Denmark.

Harry Sparnaay was musician-in-residence and gave masterclasses at several universities all over the world and he was Professor of bass clarinet and contemporary music at the Conservatory of Amsterdam for 35 years, where his unique bass clarinet program attracted students from all over the world, many of them prize winners during major competitions.

Together with flautist Harrie Starreveld and pianist René Eckhardt he formed Het Trio in 1984. Over 180 pieces have been written for this group. With Annelie de Man (Harpsichord) he founded the Duo Double_Action performing new compositions written for them for bass clarinet and harpsichord by composers such as Joe Cutler, Roderik de Man, Victor Varela, David Vayo and Raymond Deane. With his wife Silvia Castillo (organ) he formed the Duo LEVENT and together they performed in Europe, Canada, Mexico, Australia and the United States, playing several new pieces for organ and bass clarinet, especially written for them by composers such as Dai Fujikura, Matthias Kadar, Roderik de Man, Toek Numan, Ignacio Baca Lobera and Lucien Goethals.

He played as soloist, with the trio, or in other combinations on more than 60 CDs and his CD with HET TRIO of music by Ton de Leeuw received an EDISON award.

His television productions have been broadcast in the Netherlands, Belgium, Poland and Yugoslavia. He has been a jury member at the International Gaudeamus Contest several times and has also been a member of the Dutch Section of the ISCM. As the conductor of the ensemble for New Music he conducted compositions by Arnold Schönberg (Pierrot Lunaire and Serenade), Pierre Boulez, Elliott Carter, Olivier Messiaen, Theo Loevendie, Franco Donatoni, Ross Harris, Joe Cutler, Toshio Hosokawa, Mary Finsterer, and Iannis Xenakis, and during the International Gaudeamus Music Week he conducted the ensemble in pieces by the youngest generation.

From September 2005 till September 2010 he was Professor for bass clarinet at the ESMUC in Barcelona.

In April 2004 he was honoured by the Queen and decorated by the Mayor of Amsterdam and became KNIGHT IN THE ORDER OF THE LION OF THE NETHERLANDS.