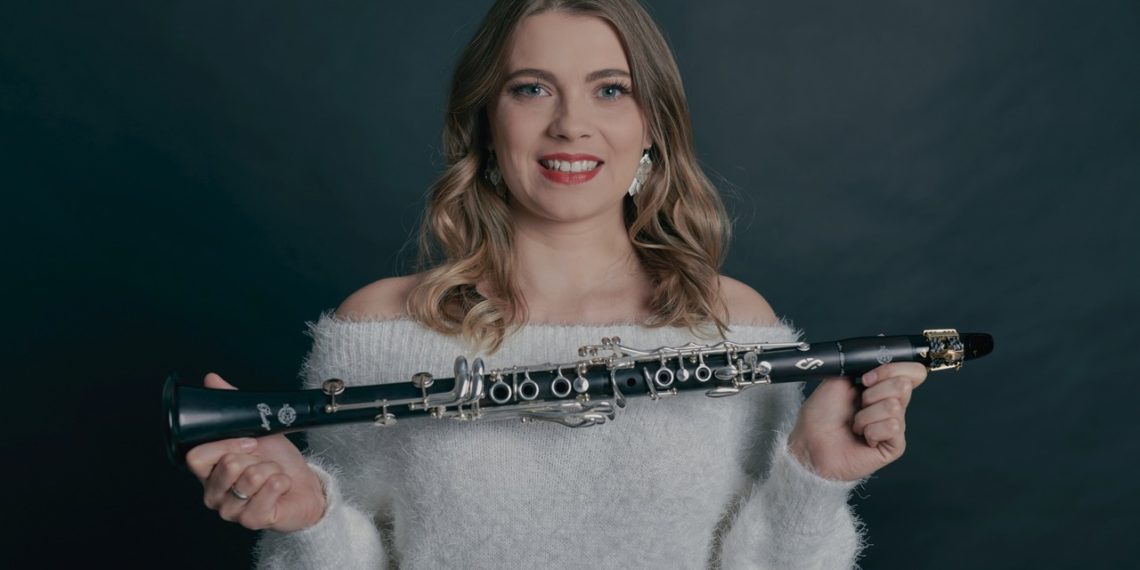 “HEXA ligature charmed me from the beginning. A lot of possibility to adjustment of the color of the sound help me to create warm and delicate sound with great projection. Moreover what I need to enhance It is so comfortable and looks amazing.

Born in 1988 in Poznań (Poland). As the soloist and chamber musician she performed on 5 continents in many countries of the world e.g.: Australia, New Zealand, North America, Republic of South Africa, Georgia, Austria, Italy, Spain, Armenia, Hungary in the most prestigious concert halls, such as Sydney Opera House or Royal Concertgebouw. As a soloist she made her debut with the Opole Philharmonic.

She graduated with honours  the Academy of Music in Krakow in the clarinet class of Professor Andrzej Godek.  She continued her musical education at Accademia Musicale Chigiana in Siena (Italy) and Accademia Nazionale di Santa Ceclia in Rome (Italy) in solo class of world-renowned clarinettist Alessandro Carbonare and at the Universität für Musik und darstellende Kunst in Vienna (Austria) in the chamber music class. In 2017 she received PhD. In addition she improve her musical interpretation of Karlheinz Stockhausen’s pieces with remarkable clarinetist Suzanne Stephens, who is the the most accomplished performer his music. Barbara Borowicz, as the only Polish clarinettist acquired the certificate confirming the compliance of her interpretation with the composer’s intentions for composition In Freundschaft for clarinet solo. Moreover, in her repertoire is one of the most demanding piece for clarinet – Harlekin for clarinet solo, which contais theatrical elements and takes over 45 minutes.

A special place in her solo repertoire has Polish music, which she has actively performed in Poland and abroad, including compositions written for her eg. Marcel Chyrzynski, Ewa Fabianska-Jelinska, Michal Jakub Papara. Since 2011 Barbara Borowicz has been the principal clarinetist of CORdaCracovia and has taken part in recording of several CDs and DVDs with this orchestra. In 2016 was recorded her first CD Double Clarinet Concerto included pieces for 2 clarinet and orchestra with clarinetist Andrzej Godek released on the DUX Recording Producers.

Since 2014 she has been employed as assistant in the clarinet class of Prof. Andrzej Godek at the Academy of Music in Krakow.  She has led clarinet masterclasses at the University in Sydney (Australia), Wellington (New Zealand), Tbilisi (Georgia), Granada (Spain) and in  Győr (Hungary).