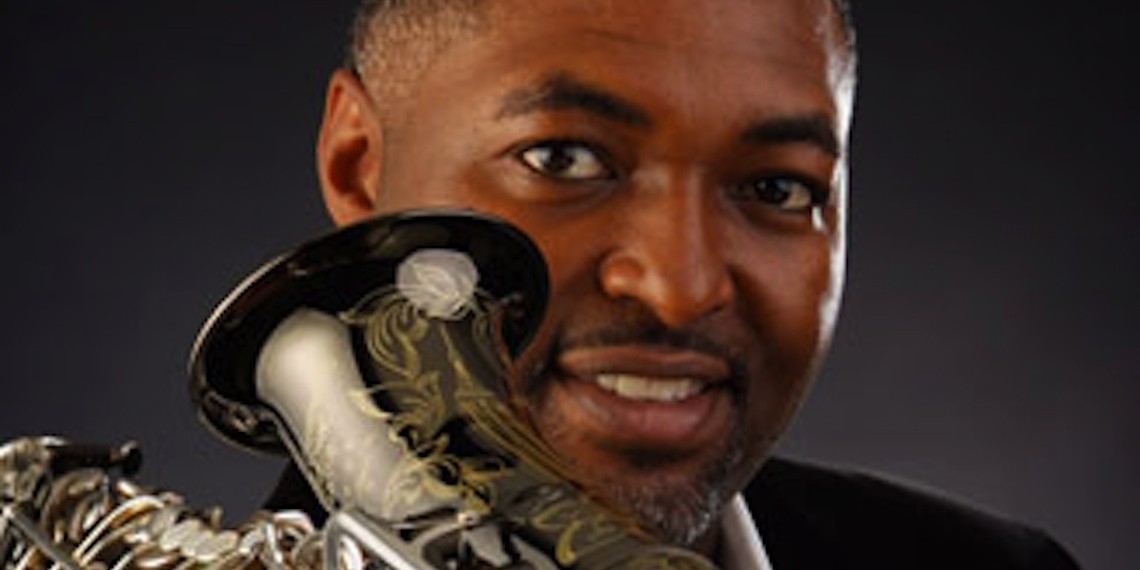 Smooth and urban jazz saxophonist Art Sherrod Jr grew up in Palestine, Texas surrounded by parents who made music a main part of the Sherrod household. At the age of five he was singing in the choir and at the age of thirteen Art joined the high school band and had to make a big decision, what instrument should he play? After deliberating over the idea of drums or a trumpet Art finally settled on the instrument that he thought might get the most attention of the girls and chose the saxophone. But in time he would come to realize that it was the saxophone that had chosen him and to this day his heart has been devoted to this mesmerizing instrument and the musical messages it conveys. By the time he graduated from high school he had received numerous awards and had been recognized as an All-Area, All Region and All-State Alto, Tenor and Baritone Saxophonist and was chosen as an alternate to the McDonalds All-American Band.

Aside from being in the Drum and Bugle Corps in the Naval Academy, Art’s later musical schooling came from real life experiences on the band stand and picking up ideas from his favorite artistic influences like Cannonball Adderley, Charlie Parker, Gerald Albright (bass), Kirk Whalum, Kim Waters, David Sanborn and others. Art’s profound experiences as a child, listening to his mother play organ and sing in a joyous manner, convinced him at an early age that music had the power to lift your spirits. This led him into a spiritual quest with his music. Art relocated to the Baltimore/Washington area making Maryland his home as he continued to develop as an artist, living his dream and sharing his passion for music.

In 2003, Art decided to seriously pursue a career as a solo artist. As a result, Art has been given the opportunity to perform, open or co-headline shows with Chuck Loeb, Marion Meadows, Roy Ayres, Natalie Cole, Boney James, Everette Harp, Bob Baldwin, Randy Scott, Noel Webb, Najee, Michael Henderson, Jean Carne, Cuba Gooding & the Main Ingredient and a host of others. He has also performed in the Beantown Jazz Festival in Boston, the Volvo Jazz Festival and was one of only five Americans to perform in the Brazilian-American Jazz Festival in Rio de Janeiro among other festivals. Art is just as active in his community by working with churches, the MS Society and Progressive Horizons, an organization that works with foster children and mentally and physically challenged individuals. Says Art, “It’s important to me that I share my music in ways where I can contribute to the well being of others.”

Sherrod demonstrates in his new release that he really knows how to shape a myriad of moods, from his sultry “Thinking Of You,” to the funky “Smooth Grove” and covering a silky rendition of Earth, Wind and Fire’s, “That’s the Way of the World.” Each track is an expression of Art’s heartfelt voice on soprano, alto and tenor saxophones as he creates rambunctious riffs, soulful sounds, and gorgeous grooves. “I enjoy doing music,” says Art, “because it allows me to communicate with people physically and emotionally. I want to help people through tough times, help them to keep a positive point of view.” Sherrod’s method of communication can be heard through his music as he makes us dance in east coast style on “East Coast Steppin,” reflect on our lives in “Everything Will Be Alright” and get us back on our feet in times of trouble on the classic Donnie McClurkin gospel tune, “We Fall Down.” According to Dennis Poole of Smooth Jazz Therapy, “Sherrod delivers a sequence of spine chilling gems… it is adequate to luxuriate in the sublime artistry his musicality so effortlessly engenders.”

Besides alto, tenor and soprano saxophone Art plays electronic wind controller (EWI) and is an artist endorser for Jody Jazz Mouthpieces, Cannonball Saxophones, Rico Reeds and Sax-Rax Saxophone Stands. He is an interactive performer who warms his audience up before, during and after performances, often sitting and talking with them following concerts. His sincere desire to “give back” to his audiences makes him an approachable artist with a generous spirit. In his own words Art declares, “I hope that my sound and music are given the opportunity to be heard throughout the world being a part of something that has the ability to touch millions of people’s hearts.” So get ready to go on a roller coaster of sonic emotions from an artist we should all keep our eyes on as he rises to the top while serenading us through the seasons.