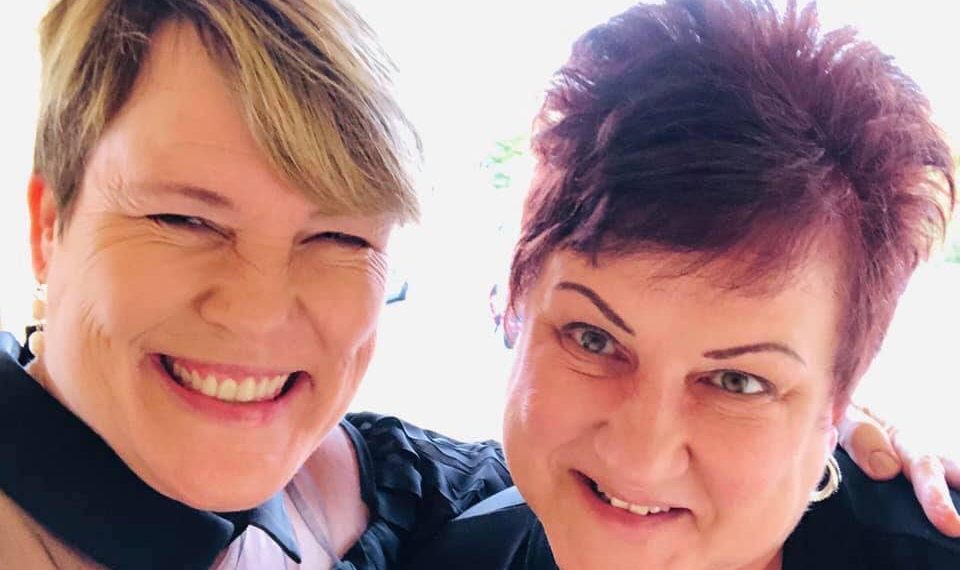 “As soon as I tried the Silverstein Cryo 4 ligatures on my soprano and E-flat clarinets, I knew I had found my new home. The brilliant Silverstein craftsmanship allows me to play with comfort and ease, along with a wide palate of color choices and resonance beyond my wildest imagination. Thank you, Silverstein Works, for your dedication to helping your artists find their true voice.” ~Diane Barger

“Many of the great clarinetists of today have switched to Silverstein ligatures, and I understood why as soon as I played my Cryo 4 Gold.  What a difference! Right away I experienced far superior flexibility, response, and ease of playing across the registers, as well as the ability to achieve more subtle tonal colors and a wider dynamic spectrum.  I’m sold on Silverstein!” ~Denise A. Gainey

Formed out of friendship, the Amicitia Duo brings music for clarinet to a wide variety of audiences featuring clarinetists Diane Barger and Denise Gainey. Amicitia is the Latin word for friendship and is pronounced “ah-mee-KEE-tee-ah”. With a friendship that spans over thirty years, Barger and Gainey combine their love of music and teaching to delight audiences around the world.

Diane Barger is Hixson-Lied Professor of Clarinet at the University of Nebraska-Lincoln where she received the 2013 Annis Chaikin Sorensen Award for Excellence in Teaching in the Humanities and the 2001 College Distinguished Teaching Award. She is a member of UNL’s Moran Quintet, principal clarinet of Lincoln’s Symphony Orchestra, Artist/Clinician for Buffet Crampon and D’Addario Woodwinds, and a Silverstein PRO-Team Artist for Silverstein Works. An internationally acclaimed soloist and chamber musician, master class clinician, and adjudicator, Barger’s appearances include the 2016 (Kansas), 2014 (Louisiana), 2013 (Assisi, Italy), 2012 (Nebraska), 2011 (California), 2010 (Texas), 2009 (Portugal), 2008 (Missouri), 2007 (Canada), 2006 (Georgia), 2005 (Tokyo), 2004 (Washington, D.C.), 2000 (Oklahoma), and 1997 (Texas) annual ClarinetFests® of the International Clarinet Association and the 2014, 2009, 2002, and 1998 Oklahoma Clarinet Symposiums in Norman, Oklahoma. She was the guest artist for the 2013, 2007, and 2004 Alabama Clarinet Symposium in Birmingham, the 2001 Southern Appalachian Clarinet Retreat in North Carolina, and appeared as soloist with the Northern Arizona University in the spring of 2009, and with the Florida State University in the fall of 2002. In addition to her work as a collegiate educator, Barger actively works with pre-college clarinetists and is involved in mentoring her cadre of clarinet instructors at Cornerstone Academy of Clarinet, LLC where she serves as Founder and Professor of Clarinet. Barger is featured on her solo compact disc “BlingBling” and as Editor of 13 editions of Bellini operatic fantasies on the Potenza Music label; she can also be heard with the Moran Quintet on the Crystal Records label in their compact disc recordings “Postcards from the Center” (1998), “Music of Theodore Blumer, Part II” (2004), and “Music of Theodore Blumer, Part III” (2007). Actively involved in the International Clarinet Association for over 30 years, Barger currently serves as Pedagogy Chair and Nebraska State Chair and held the positions of Artistic Director for the 2012 ClarinetFest®, Treasurer (2004-2010), and Coordinator of the High School Solo Competition (2001-2005). Barger’s primary teachers include Robert Marcellus and Frank Kowalsky.

Denise A. Gainey is Associate Professor of Clarinet and Instrumental Music Education and Coordinator of Graduate Studies in Music at the University of Alabama at Birmingham. She is in her second term as Secretary of the International Clarinet Association, a Backun Artist/ Clinican, a D’Addario Artist/ Clinician, a Silverstein PRO Team Artist, and has been an Educational Recording Artist for Carl Fischer Music. Gainey is also the State Representative of Alabama for the International Clarinet Association, and served as the State Chair Coordinator for the ICA. She comes to UAB from a nine-year tenure as Assistant Professor of Clarinet and Coordinator of Music Education at Mars Hill College in Mars Hill, North Carolina, where she was a member of the Asheville, Kingsport, and Hendersonville Symphonies. She was a member of the Missouri Chamber Orchestra in Columbia, Missouri, from 1993-1997. Gainey is an active clinician and recitalist throughout the United States and performs regularly with the Alabama Symphony. She has performed as a guest artist at several ClarinetFests including Assisi, Italy, at the University of Oklahoma Clarinet Symposium in 2003 and 2009, and as soloist with several orchestras and wind ensembles throughout the United States, Ireland, Spain, Sweden and Denmark, also performing as a member of the McCracken Woodwind Quintet from 1998-2001. She served as clarinet specialist for the Denton Independent School District in Denton, Texas, from 1991-1993, and was a middle school band director in Pasco County, Florida, for five years. Gainey has written a book on the life and work of Kalmen Opperman, Kalmen Operman: A Legacy of Excellence (Passing on the Flame), published by Carl Fischer Music in 2017, and has compiled and edited a collection of clarinet solos, Solos for Clarinet, published by Carl Fischer in 2001 (as Denise Schmidt). She received the Bachelor of Music Education from Florida State University, the Master of Music in Clarinet Performance from The University of North Texas, and the Doctor of Musical Arts in Clarinet from The University of Kentucky. Gainey’s major teachers include Kalmen Opperman, James Gillespie, Frank Kowalsky, and Fred Ormand.