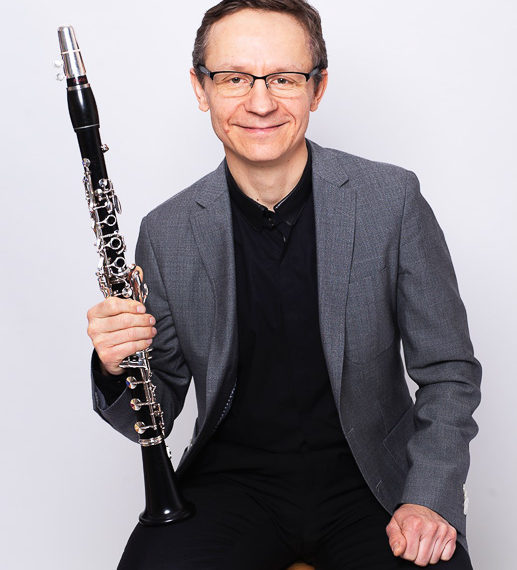 “I have been using Alta Ambipoly reeds exclusively since I first tried them last year. They give me a round and flexible sound with full harmonics and establish perfect resistance in all registers. The articulation response of the reed is amazing.”

Clarinetist Wojtek Komsta has performed as a soloist and chamber musician throughout Europe, North America, and South America. His playing has been featured on European television and radio, and he has been profiled in Listen magazine.

As a soloist, he has performed with the Sinfonietta Cracovia, Szczecin Symphony, Silesia Chamber Orchestra, and Tarnów Chamber Orchestra in Poland. He gave the Polish premiere of Penderecki’s Viola Concerto transcribed for clarinet by the composer and has also performed his own transcription of Vivaldi’s Four Seasons. Most recently, he performed Franz Krommer’s Concerto for Two Clarinets with Javier Guzman at the EAFIT orchestra in Medellin, Colombia. At the Penderecki International Contemporary Music Competition in Krakow, he won the title “Most Talented Musician” for two consecutive years. At the Santa Cecilia Festival in Rome, Luciano Berio awarded him a prize for the best performance of his Sequenza IXa for clarinet solo.

An avid chamber and orchestral musician, he has toured throughout Europe, performing with the Silesia Quartet, the Silesia Chamber Orchestra, the Dafo Quartet, and the Sinfonietta Cracovia. For years he performed with the Seattle Symphony Orchestra and the New York Chamber Orchestra. He has recently performed with the International Contemporary Ensemble. In 2019, he gave the world premiere of “Halny”, a work for solo clarinet by Polish composer Jakub Polanczyk, at Carnegie Hall.

After receiving his master’s degree at the Academy of Music in Krakow, where he received the National Award for Highest Academic Achievement, he studied chamber music at the International Mozart Academy . As clarinetist of the Mozart Academy Reed Trio and principal clarinet of the Mozart Academy Opera, he performed in the opera houses of Florence, Rome, Budapest, Lyons, and Prague. On scholarship from the Kosciuszko Foundation, he completed his Performance Diploma at Indiana University, where he was a student of Eli Eban.

In New York City he studied clarinet performance and clarinet design with Kalmen Opperman. He has since risen to prominence as a clarinet technician and his work is sought by many of the most prominent clarinetists in the United States.