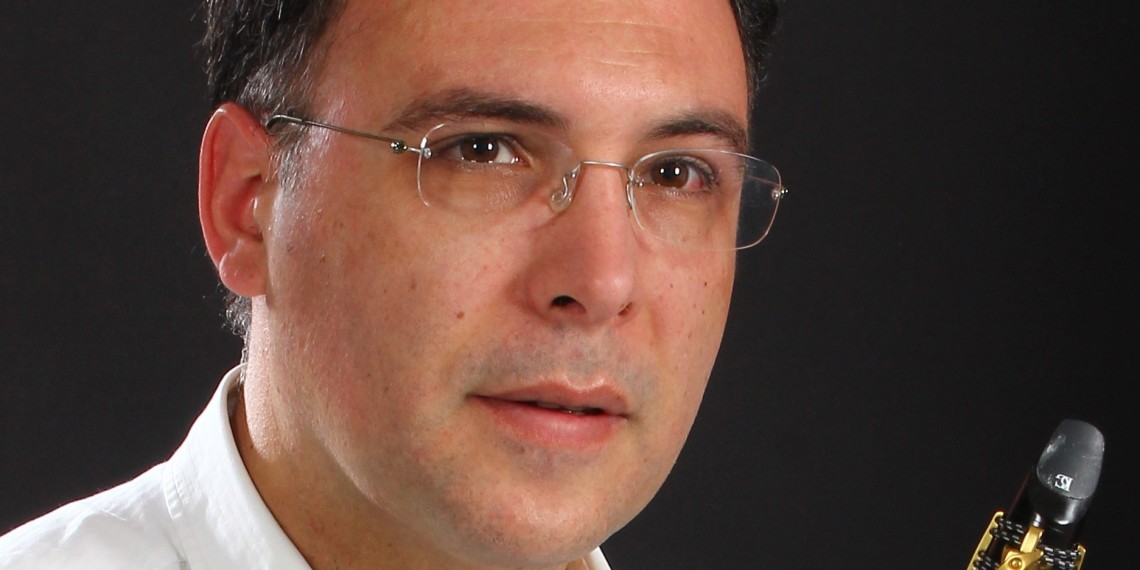 Vitor Hugo Ferreira de Matos is a clarinetist, teacher, conductor and artistic director. He studied in the Conservatories of music in Braga and Oporto, with José Matos and Moreira Jorge. In 2001 he obtained the clarinet superior degree in ESMAE, where he studied with António Saiote, Carlos Alves and Luis Silva. He attended master classes with António Saiote, Michel Arrignon, Paul Meyer, Guy Deplus and Philippe Cuper. Since 2000, he studies regularly in Italy, with the clarinetist Alessandro Carbonare. Vitor Matos as performed several concerts in Rome, by invitation of the Instituto de Santo António dos Portugueses, playing various works on first audition like the Concerto for Clarinet and Orchestra that the composer Joaquim dos Santos writhed for him.

Vitor Matos has an intense activity as a conductor, he was invited by several orchestras including Orquestra do Norte, Orquestra de Câmara do Minho, Orquestra Academica da Universidade do Minho, Orchestra of the Conservatory and theater of Kaiserslautern and southern Germany radio, Fundação Orquestra Estúdio, performing works from the Baroque period to contemporary. Vitor Matos was assistant conductor to Gunther Arglebe and in the operas Carmen, Bizet and Elixir d’amore, G. Donizetti. In Opera he also directed the “Menina de Fogo”, “Arca de noé” and “O Pequeno Limpa Chaminés” by B. Britten, Bizet’s “Carmen” and Ravel “L´énfant et les sortileges”, all of them national productions.
Vitor Matos is the artistic director of the Orquestra de Guimarães.

He had the privilege of Conductig prestigious soloists such as Patrizia Porgio, Peter Arnold, Ilya Grubert, Dora Rodrigues Luís Pipa, and Angêlo Martingo, among others. Vitor Matos was awarded with several prizes as a conductor, highlighting those awards obtained are Barcelona and Rome awards “Bachetta d’Oro” for best conductor, “Bachetta of argento” as best interpretation. In 2007, he directed the school’s Orchestra, Sinfónica de Madrid under the specialization courses in contemporary music and conducting at the University of Alcala de Henares (Madrid) with the conductors Arturo Tamayo and Jesus Lopez Coboz. Vitor Matos teaching experience includes master classes in Guimarães (International Courses), vocational schools of music in Viana do Castelo and JOBRA, Madeira and Horschule of Kaisrslautern. Several students of is class have obtained prizes in national and international competitions. In December 2010, he was member of the jury at the international competition of Clarinet and chamber music “Marco Fiorindo” in Turin.

By invitation of the Presidency of the Republic, he conducted the Orquestra do Norte in the June 10 concert in 2006 (day of Portugal). He was recently nomeated by the Capital of Culture 2012 Guimarães conductor and artistic director of the young under – 21 Orchestra. Currently Vitor Matos teaches at the Universidade do Minho as an Professor equiparado a auxiliar at the Music Department of the Humanities School of the University of Minho and the School Director of the Academy of music Valentim Moreira de Sá in Guimarães.

He is doctor music and interpretation from the University of Évora.