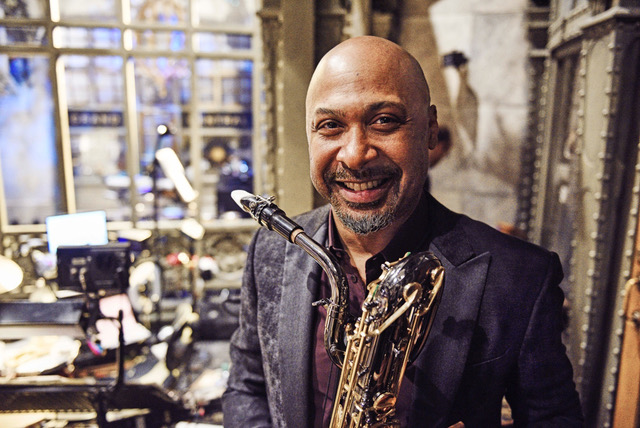 Multi-talented saxophonist Ron Blake inhabits many worlds – and nowhere is this more apparent than on Shayari, Blake’s third release on Mack Avenue.

Produced by Michael Cain, Shayari combines fertile ground from each of Ron Blake’s worlds to create an extraordinary landscape of its own.

“…a jazz force to be reckoned with.” – All Music Guide

“…With all the influence in his vocabulary, Ron Blake’s very much his own man and one of the greatest tenor players of our time….” – Joey DeFrancesco

“Ron Blake is beginning to emerge as a potent artist and bandleader in his own right…he delivers in the great ‘singing’ tradition of his heroes Dexter Gordon, Sonny Rollins and John Coltrane.” — Bill Milkowski, Absolute Sound

“(Shayari) has that great combination of yielding a very contemporary sound while maintaining the depth and feeling of a classic and timeless jazz recording….his playing has evolved to a deep level of harmonic depth and balance and he appears to be at that enviable place where he is able to state both lyrically and tonally what his psyche is conjuring up.”  – Jazz Improv

“Ron Blake’s latest album, “Shayari” is a masterpiece, easily his most accomplished outing to date.  While I loved his previous release, “Sonic Tonic”, and felt it was one of the records of the year, “Shayari” shows a more developed maturity in Mr. Blake’s playing and composition.  The tracks on “Shayari” range from the dynamic to the sublime – and it is the quieter, more reflective pieces on this album that especially resonate with me, particularly the dark, brooding “Abahaari”.  The urdu influence lends a world flavor that is compelling, and Michael Cain’s production and pianistic skills no doubt were a positive factor. We’ve enjoyed “Shayari” here at KSJS, as have our listeners.  Highly recommended.”