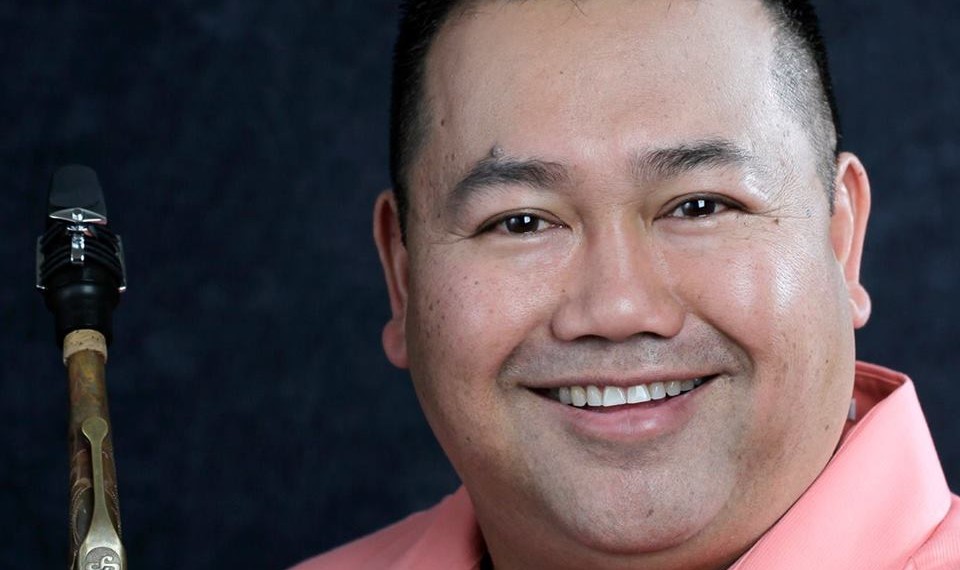 “The Silverstein ligature is one of the finest saxophone products on the market today. It is well thought out and is very adaptable to any playing situation. I like that the side bars can be positioned in order to affect the brightness of the sound as well as the cleanliness of articulation. Since I do fair share of outdoor work, I like the fact that I can soak the ligature in water in order to help maintain reed moisture, especially in dry and hot conditions. As if that were not enough, I also like the fact that I can grab my mouthpiece for tuning and not have to worry about the ligature slipping off—an issue with many other boutique ligatures.” – Paul Navidad

With numerous film and television credits and dozens of other recording projects under his belt, award-winning saxophonist, composer, and arranger Paul Navidad maintains a busy schedule. The California native has performed with a diverse list of musicians from Al Jarreau to Tennessee Ernie Ford, has opened for comedians such as Jay Leno, Rich Little, and Jamie Foxx, and has been heard on numerous soundtracks of films and television shows, including most notably NBC’s Emmy-nominated sitcom Friends. In 2004, Paul recorded with Lou Rawls, Deborah Harry, Lisa Loeb, and Isaac Hayes, as well as with actors George Wendt and Gary Oldman on the critically-acclaimed Buena Vista Records children’s album A World of Happiness. He is also heavily featured on Lou Rawls’ final album Lou Rawls Christmas, on the Time-Life label.

Currently in heavy demand as a performer and writer, Paul works world-wide. He can be seen performing at a number of Southern California jazz clubs with the likes of such artists as Wilton Felder, Jeff Kashiwa, Eric Marienthal, and Rob Mullins. His skills as an improviser have earned him the praises of such jazz greats as Alan Broadbent, Buddy Collette, Dewey Erney, Kim Richmond, Bud Shank, and Bill Watrous, and have earned him the recognition of the International Association of Jazz Educators as an Outstanding Soloist. In 2000, Paul joined the faculty of Orange Coast College, where he oversees both the Music Theory and Jazz & Commercial Music Studies Programs. He released his first single as a vocalist in the summer of 2010 entitled I Won’t Let You Down, which is available on both iTunes and Amazon.com. Paul is working on his first solo saxophone project and is preparing to release his second single as a vocalist in the summer of 2015.