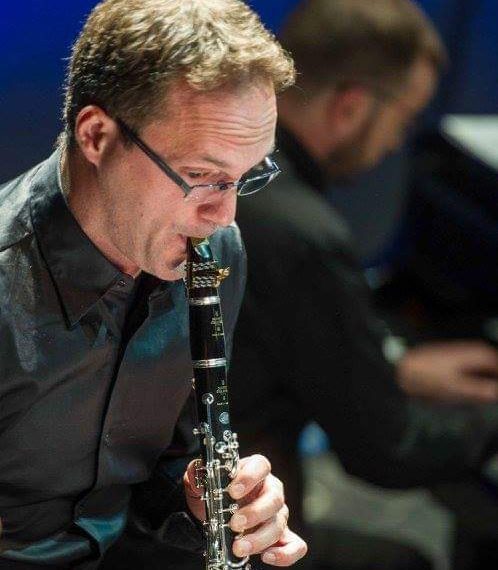 “The word that comes to mind when I use my Silverstein ligature is “freedom”. The reed vibrates without encountering resistance and what I feel is just my sound, pure, clean, able of taking the shape I want every time. Free to make art”

He has received the high artistic-musical training in Naples (Italy) at St. Pietro a Majella Conservatory where he has got the diploma in clarinet and a second level Diploma in chamber music with full marks. He has specialized himself in Italy and abroad with masters such as David Campbell, Fabrizio Meloni, Calogero Palermo, Anthony Pay; at important institutes such as the Nene University College of Northampton, the Accademia Rolla of Pavia, the Accademia Chigiana of Siena. He has won national competitions and awards; he has collaborated with the San Carlo Theatre Orchestra, Bedfordshire Symphony Orchestra, Calabria Philharmonic Orchestra; directed by conductors such as Marc Albrecht and Juraj Valčuha.

He has performed as a soloist and chamber musician with famous soloists such as Bruno Canino, Alain Meunier, Anthony Pay, Aldo Ciccolini, Rocco Filippini, Oleksandr Semchuk. He has collaborated with Roberto De Simone performing in absolute premiere in Paris his “Suite in morte della Tarantola”. He has performed several times the “Quatuor pour la fin du temps” by Oliver Messiaen with an original staging with some texts edited and read by the well-known musicologist writer and music historian Sandro Cappelletto (of the dailies La Stampa and Le Monde, the author of “La Scena Invisibile” of Radio Rai Tre). He has collaborated with Peppe Barra in the execution of the “Carnival of the animals” of Saint Saens with texts by Peppe Barra. He has collaborated in the production of the “Remembrance” record by the guitarist Marco Caiazza (golden guitar 2016).

He has performed in Italy in places such as the Theatre La Fenice in Venice, the Theatre Mercadante in Naples, Auditorium Park of the Music in Rome, Philharmonic and Dramatic Theatre in Macerata, San Carlo Theatre in Naples, Sannazzaro Theatre in Naples, Scarlatti Association, Barattelli Aquila Society of concerts; and in several European cities: Baden-Baden, Heidelberg, Paris, Dijon. He is currently a permanent member of Il Circolo Artistico Ensemble and he is permanent professor of “Clarinet, performance and interpretation” at the State Music High School in the city of Mondragone (Caserta) and clarinet teacher for Scalzabanda (a music education project offering the chance to learn music to unprivileged children favoring social integration in Montesanto, an area of the historic centre of Naples, in Southern Italy).

He has been artistic director of several chamber music festivals and music consultant for the Musbafest (youth orchestras festival held on the occasion of the Universal Forum of Cultures of Naples).