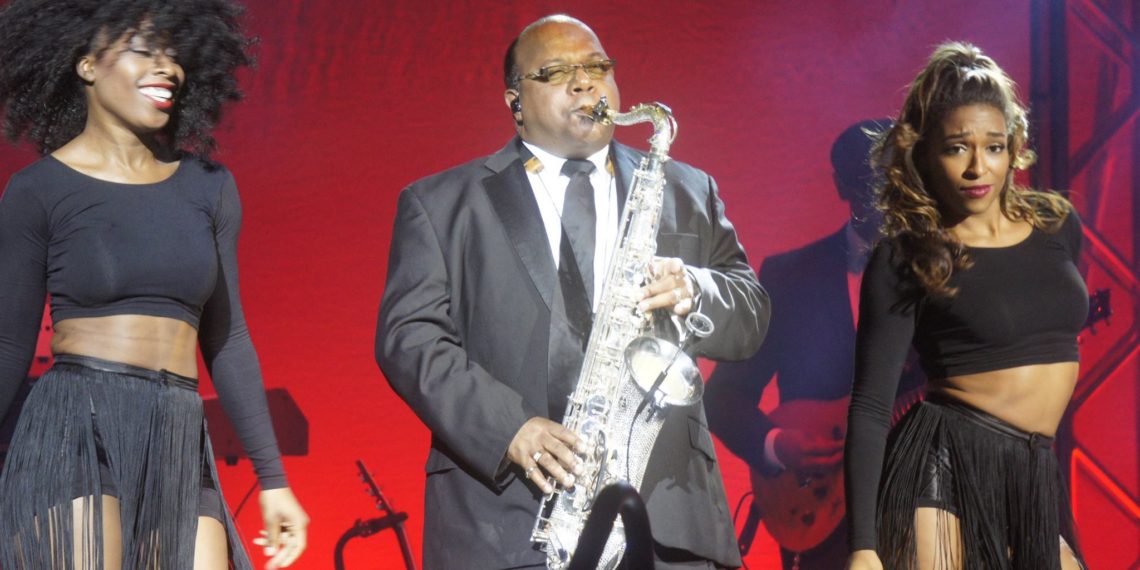 “Silverstein Ligatures are “Hands Down” The Best Ligature I’ve ever used for my Saxophone set-up ‘It’s as if the reed and mouthpiece become INTERGRATED FLAWLESSLY! I was afraid my reed would slosh around on the mouthpiece table but to My surprise…NO MOVEMENT. These Ligatures are Amazing!”

“AMBIPOLY: I’ve used a very HIGH Regarded (Boutique branded “Roberto’s Winds”) CANE Reed for the purpose of ensuring Recording and Performance Excellence for Years!!! and had NO Intention on changing UNTIL at the (Honored) Request of Mr. BK to try The AMBIPOLY, I relented. I WAS FLOORED! This Reed Absolutely improved my sound from my Saxophone IMMEDIATELY and I hadn’t even warmed the reed up! I found the Longer I played the reed…THE BETTER IT PLAYED! Thank You Mr. BK and Silverstein for your continued Innovation in Professional level tools for Woodwinds!”

Darryl “DWake” Wakefield Began Playing Sax in his 7th grade Band class. Realizing his “Gifting” for playing Sax, Darryl Continued through high school playing with The Pontiac Central High Symphonic, Marching and Jazz Bands. By the end of his senior year, Darryl was performing regularly with numerous groups in his home area. Darryl got a Break shortly after finishing high
school by being asked to join the very popular recording group “Orange Lake Drive”. He could be found performing regurlarly at local favorite nite spots such as the Famous “Baker’s Keyboard Lounge” in Detroit and the now gone popular nite spots “Alexander’s” and “Murdocks”. There have been many, many outdoor “Festival” appearances as well. Darryl recorded on 2 projects with Orange Lake Drive: “Fast Eddie” and Fresh Squeezed” before leaving the band. Darryl then Joined forces with David “D LEE” Lee and the band “The Edge”. D Lee, (Also Keyboardist for grammy award winning recording artist Earl Klugh) along with Bassist Ray Burton (Spinners, Cheryl Lynn) Drummer Ron Otis (Earl Klugh, Bob James,and now KEM) Guitarist Mark McCoy (New Birth…) helped to create the launching pad that catapulted Darryl into the ranks of the “A-list” Artists/Sidemen. Darryl performed on THE EDGE’s next C.D. “Fabulous” and also launched out with other artists based out of Metro Detroit like Greg Dokes (of the Dennis Edwards’ Temptations Review, etc) and Keith Ferguson (Spinners, etc) Darryl’s recent accomplishments have been His work on the latest recording for Ron Otis entitled “UPFRONT” where Darryl is Featured along with Acclaimed Smooth Jazz guitarist,Tim Bowman, and Brian Oneal’s CD titled “Daisy” his highlights also include tour performances with Motown/Universal Recording Artist “KEM”, Earl Klugh, Michael Henderson, Jean Carne, Kindred the Family Soul, and Me’lissa Morgan Plus Darryl enjoyed Playing the “Midnight Jam Session I with Mike Phillips” during the Capital Jazz Supercruise III 2009. On the Spiritual Side, Darryl is a member of Straight Gate International Church’s Music Ministry (Bishop Andrew Merritt / Noel Hall) and has worked on projects for Straight Gate, Fred Hammond, Deborah Killings, Marc Ivory, etc… Darryl was Featured Guest Artist/Saxophone recently at Renaissance Unity Church in Warren Mich. Keep watching! As Darryl prepares to record his debut cd, He will provide updates to this page continuing to let you know what’s next for this smooth sax man.