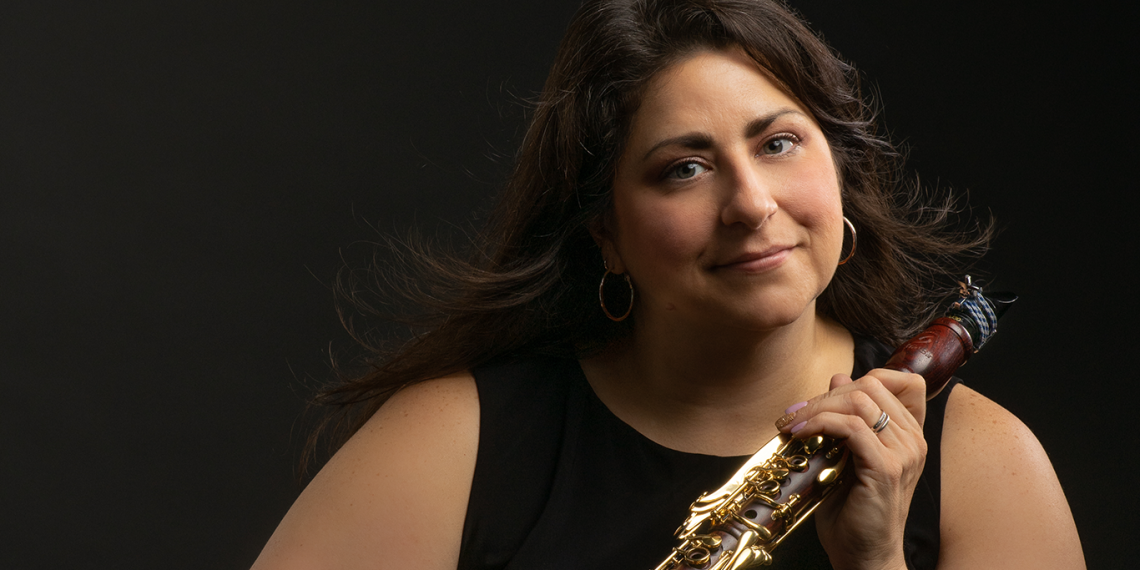 “I have been performing on Silverstein ligatures for several years, and have fallen in love with the flexibility and support that they provide.  Whether I am utilizing a cane or synthetic reed, on any of my instruments, I know that my Silverstein ligature will provide me with the best color possible.  Each new generation brings more “wow” factor and I couldn’t be happier with my new Gen 5s!  I also appreciate the details of customization that really makes the equipment specific to the performer.  Thank you for such an incredible tool for making music.”

Carrie RavenStem is the clarinetist and co-founder of contemporary chamber ensemble A/Tonal and clarinet duo La HERmandad. Her mission includes introducing audiences to living composers, commissioning new works, and creating an inviting space for others to experience contemporary music.

Carrie recently commissioned 4 local Louisville composers to write new pieces for her and A/Tonal, works by composers Daniel Gilliam, Frederick Speck, Jeremy Beck, and Erich Stem. These works premiered at the Kentucky Center for the Arts in May of 2018. A fifth work, Perceptions of Strife, was written for her by Peter Felice and premiered in 2011. It was performed at ICA’s ClarinetFest 2019 in Knoxville Tennessee. She and A/Tonal had the distinct honor of performing her commission by Daniel Gilliam for American novelist and poet Wendell Berry, whose text was used in the work The Porch over the River.  Her most recent commission, Firefly, will receive its world premiere in April 2022 with Indiana University Southeast Concert Band.  The work, commissioned by her and Indiana University Southeast and composed by Erich Stem, brings a new addition to the Eb clarinet and concert band repertoire.

A/Tonal has been performing throughout Kentuckiana in venues such as The Kentucky Center, 21c Museum Hotel, Paul W. Ogle Center, and various universities including University of Louisville, Bellarmine University, and Centre College. For two years, A/Tonal was featured on WUOL’s The Unheard series, promoting the works of female composers Jennifor Bellor and Alex Shapiro. They recently recorded an arrangement of NPR’s Morning Edition theme which was aired on WYPR 88.1FM in Baltimore, MD and may be heard on Soundcloud. In the summer of 2016, A/Tonal partnered with Longleash trio as guests of the Loretto Project. The group’s premiere EP, Starting Point, featuring composers Erich Stem and Daniel Gilliam, was released on April 2, 2017 at A/Tonal’s Kentucky Center debut. A/Tonal has also had partnership with the Kentucky Governor’s School for the Arts in June 2017, offering a candid Q&A discussion on paving a path in music. The group completed their residency at the University of Louisville’s School of Music for the 2018-19 school year, with six new works written for them by student composers.

La HERmandad clarinet duo with Adria Sutherland made their virtual debut in Spring of 2021 at the International Clarinet Association’s Clariedoscope Virtual Festival.  They have commissioned a new duet by Jenni Brandon and will present the world premiere at the International Clarinet Association’s Clarinetfest 2022 in Lake Tahoe.

She has performed with several orchestras and ensembles including the Louisville Orchestra, Evansville Philharmonic Orchestra, Louisville Chamber Winds, Sacred Winds, the Louisville Ballet and the Kentucky Opera.  Carrie recently performed at the world’s first virtual woodwind festival, WoodWindFest 2020, as a guest artist of Silverstein Works.  She is a Backun Performing Artist and performs on Backun clarinets, a Silverstein Artist and performs on the Hexa Clarinet Ligature – Gen. 5, and her reed of choice is Légère.