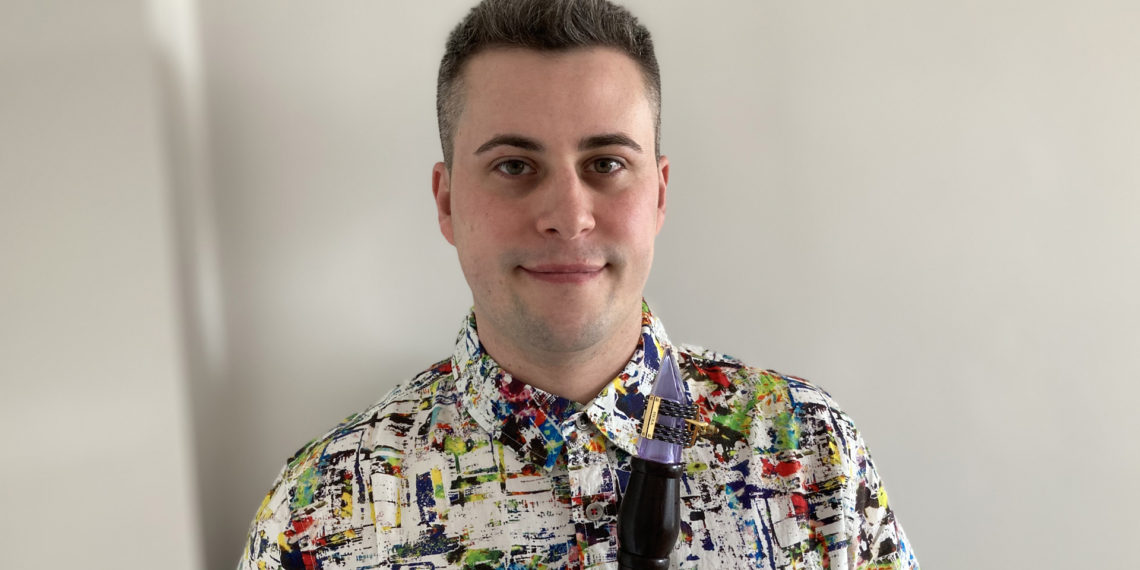 The Hexa brings ease in all registers of the clarinet, it conquered me from the first moment I put it on my mouthpiece. This ligature helps a lot with the tuning, the color of the sound allowing it to be changed quickly, the ease of emission in all the registers of my instrument. The Hexa ligature made me fall in love on the first note! It provides ease and control to do whatever you want. A great find!

The Omnipatch has helped me a lot with my students to get enough mouthpiece to play. I also use it and it gives me a lot of security in difficult passages. The quality of the material is great and they do not wear out easily.

The Omnicap fits very well with my mouthpiece, it is light, easy to put on and take off, takes up very little space and the material is of good quality.

Aaron received his higher degree in the Superior Conservatory of Music “Salvador Seguí” of Castellón with professor Juan Esteban Romero in 2013. He also studied a Master in Musical Didactics at the Universitat Jaume I (Spain) in 2018, where he also obtained several research grants at the EMPAC group. Moreover, he participated in distinct didactic courses. He has also attended advanced courses with a set oh high-level, distinguished professors such as Jose Franch-Ballester (since 2001), Daniel Vicente Royo Talamantes (since 2000), Santiago Pérez (from 2002 to 2004, and 2018), Julian Farrell (from 2012 to 2013), Iramar Eustachio Rodrigues (2018), Enrique Llobet (from 1999 to 2004), Vicente Herrera (2008), among others.

He is member of the CIAC Symphonic Band since 2001, where he also teaches clarinet and chamber music since 2012. Concurrently, he develops his teaching activity at the Alfondeguilla School of Music since 2013; Aarón forms part of the Philharmonic Orchestra “Fundació de Requena” since 2018; and two chamber music groups. Concretely, a trio with bassoon and flute (MakinTrio, 2012) and a clarinet quartet where he plays the bass clarinet (CiaClarinet, 2015). As part of his hobby, he also creates musical content for his social networks since 2019.

Aarón has collaborated  in recordings with the CIAC Symphonic Band; the band of the Federacio de Societats Musicals de la Comunitat Valenciana; and the group La Ranamanca (Rumba fusion). With the CIAC Symphonic Band he has won national competitions (2003, 2004, 2009, 2013, and 2015). It is remarkable That they participated in the Latino Cultural Festival at the Queens Theater in New York in 2007.