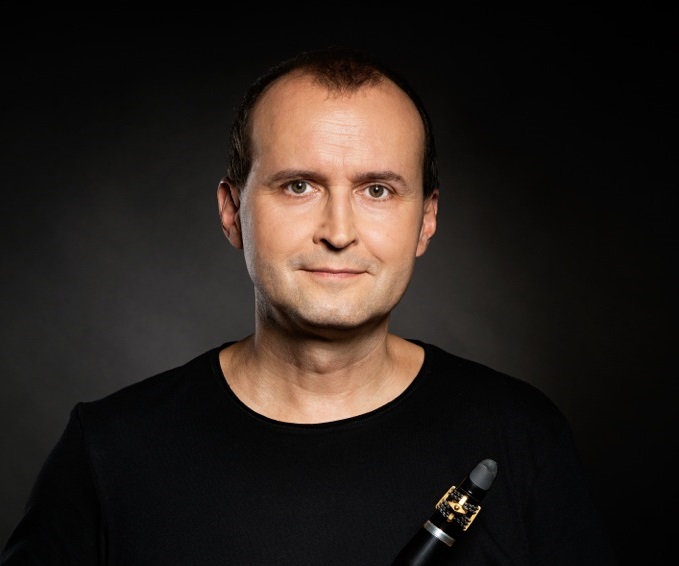 “Before my first try of Silverstein ligature, I have already got a clear recommendation of the product from my good friend Gabor Varga. So I has a high expectation but that can also lead to deception after personal try of a new part of playing set. I can remember my enthusiastic feeling after I tried the ligature – yes, I was astonished by the difference. If to characterize it – the Silverstein ligature brings a true synergy of natural qualities of the playing set you play – I mean instrument’s body – mouthpiece – reed. So you feel a clear reinforcement in the area of generous resonance of the whole set. I played before a very good Japanese ligature which was already unlike rest of products of the kind. I must say Silverstein distinguishes yet surprisingly much. I am sure it belongs to the top in the field. And I am truly happy to have dropped on it.” ~ Ronald Šebesta

Ronald Šebesta is one of the leading orchestral and chamber music clarinet players in Slovakia. He studied clarinet at the Academy of Music in Bratislava and at the Conservatoire de Région Boulogne (France). Upon completion of his studies, he became the principle clarinetist of the Slovak Radio Symphony Orchestra (1993), taking up the same position with the chamber orchestra Cappella Istropolitana in 1996.

During his studies, he co-founded the contemporary music ensemble Veni (1988), which provided unique performance opportunities and in-person collaboration with composers such as John Cage, Christian Wolff, Steve Reich, Louis Andriessen, James Tenney, and others. Ronald was also one of the artistic leaders of the chamber group Opera Aperta (1997-2005) and he also collaborated with experimental groups for improvised music Vapori del Cuore and Slovak/Austrian group DON@U.com.

For more than a decade, Ronald, together with his brother Róbert, has also been active in the field of period clarinets and together they founded the Lotz Trio that features music played on exact replicas of the 18th century basset horns. This activity is among his most ambitious achievements.

In recent years, he has regularly collaborated with several early music groups and orchestras, e.g. Wiener Akademie (Austria), Orfeo Orchestra (Hungary), and Cappella Cracoviensis (Poland). Of note were theatrical projects with John Malkovich (as part of his collaboration with Wiener Akademie) and Orfeo Orchestra concerts conducted by René Jacobs (2014) and Philippe Herreweghe (2015). In 2016, as a member of the French orchestra Les Talen Lyriques (on period instruments), he participated in a set of guest performances of Gluck’s opera Alceste in the Wiener Staatsoper conducted by Christophe Rousset.

He continues performing solo with orchestra, though irregularly. In 2013, Ronald performed the solo concerto for modern basset horn and orchestra composed by the Russian composer Andrei Eshpai with Cappella Tavricheskaia in St. Petersburg.