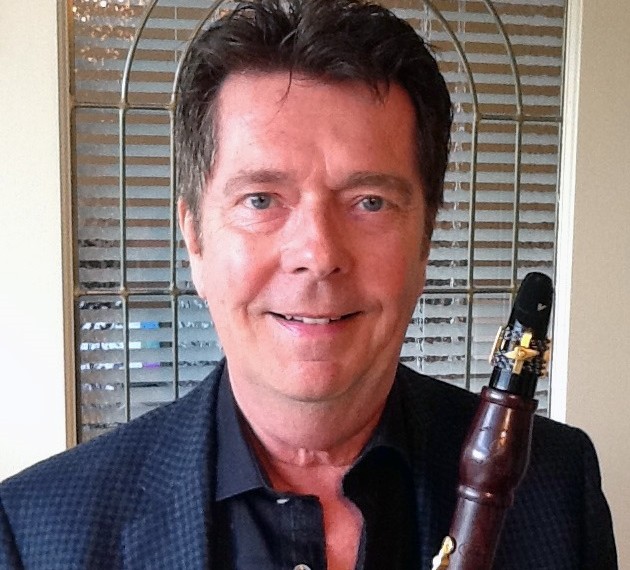 “I have been using the Silverstein Ligature for several months now in a variety of situations from rehearsals, to live performance and in recording studios. I have used it to play jazz, chamber music, orchestral music and concert band music. Before the Silverstein Ligature, I would have a different set up for each of these situations – now I find I can use it for everything. It adjusts really easily, it’s free-blowing, even and just feels “right”. I’m happy to endorse this ligature!” – Robert Buckley

Robert Buckley has a diverse career as a composer, arranger, performer, producer, recording artist and conductor. In the pop world, he created several albums and hit songs with labels such as CBS and A&M. The number one single Letting Go won him a gold record. He conducted and arranged for major artists such as Michael Bublé, Bryan Adams, Celine Dion, Our Lady Peace, Simple Plan and Aerosmith, to name a few. In the film and television world, he scored numerous award-winning shows for Disney, Alliance, ABC, FOX, CBS, PBS, CBC and the Cartoon Network. In the live stage world, he composed music for contemporary dance, musicals and large-scale worldwide television events including the Calgary Olympics, the Victoria Commonwealth Games, the Vancouver Olympics and the FIFA World Cup Opening Ceremony with Cirque Du Soleil. He composed This Is My Home for the Canadian Pavilion at the World Expo – a song that has been performed at every Canada Day since and has become a Canadian tradition. In the concert world, he has composed and conducted for major symphony orchestras and his symphonic wind band compositions have been performed worldwide. His concert music is published by Hal Leonard, Alfred Music Publishing and C.L. Barnhouse Company. As an instrumentalist Robert has performed all over the world as is equally at home playing jazz, rock or classical repertoire.

Robert has received numerous awards for his work and, as a frequently commissioned composer, he is always looking for interesting, new ways to express his music. He lives in Vancouver and Montreal, Canada with his wife, choreographer and director, Marlise McCormick.