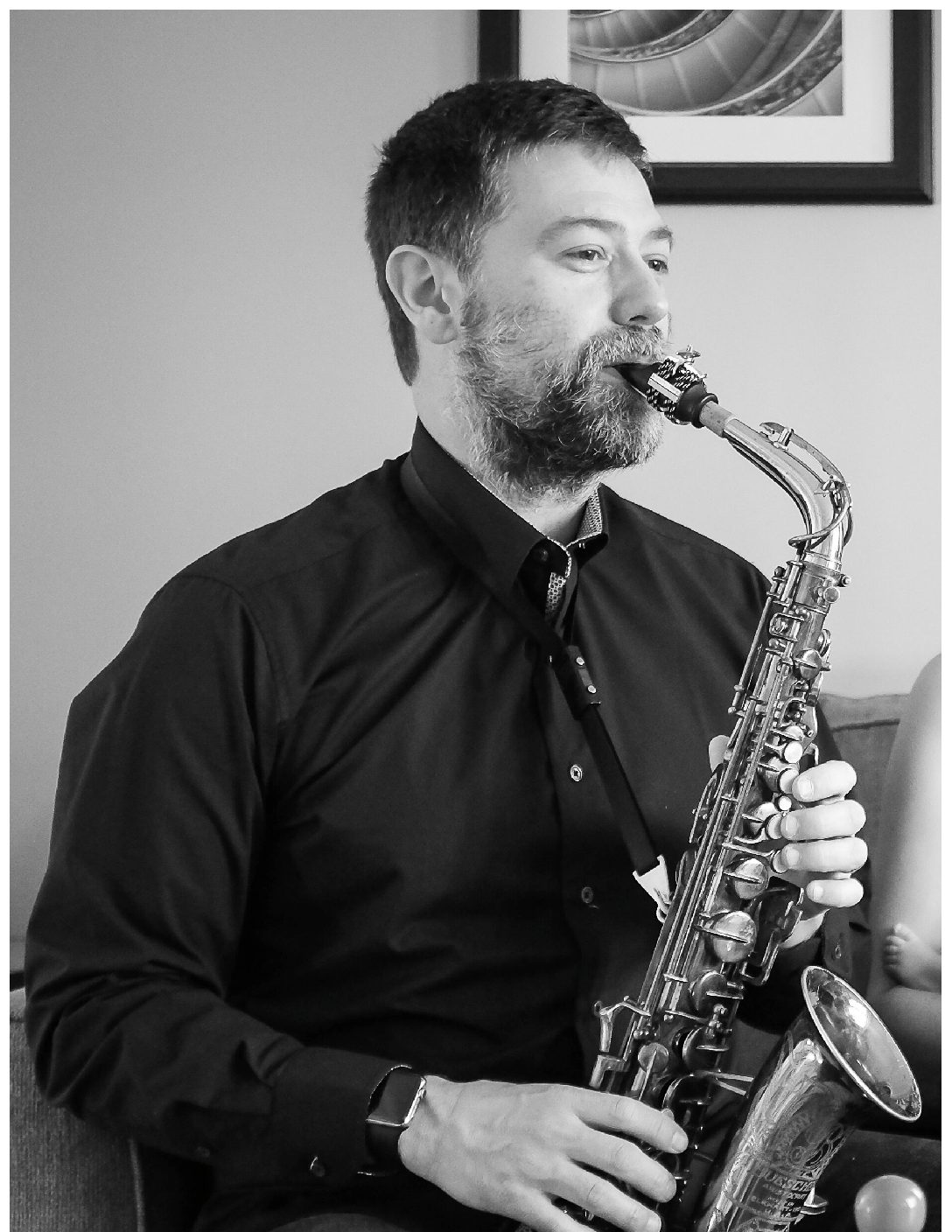 “I really like my HEXA ligature a lot! For me, it melds the tonal darkness that I want in a ligature with easier articulation and low note flexibility than many other ligatures on the market”

Hailed as a “highly skillful and an even more highly adventurous player” (Washington City Paper) with “virtuosity, sensitivity, and beauty of tone” (Fanfare), Noah Getz has performed and lectured worldwide, including appearances at the Melbourne Recital Centre, Carnegie Hall, The Royal Conservatory of Brussels, The Polish Woodwind Festival, and the Degollado Theater in Guadalajara, Mexico.

An avid chamber musician, Getz is a member of the National Gallery New Music Ensemble, Zohn Collective, and Interference/Intermedia, and has performed with The 21st Century Consort, PostClassical Ensemble, the Empyrean Ensemble, and members of the International Contemporary Ensemble. He received a first-round Grammy nomination with the New Hudson Saxophone Quartet. He has performed frequently with orchestras throughout the country including The New World Symphony, Juilliard Orchestra, Manhattan School of Music Orchestra, Oberlin Orchestra, Harrisburg Symphony, and the Columbia University Orchestra. His concerto performance of Ode to Lord Buckley is featured in the movie David Amram: The First 80 Years.

Getz’s albums Crosscurrents, exploring the intersection of jazz and classical music, and Still Life were released to rave reviews and are available through Albany Records. He has also been featured on Amy William’s 2017 recording Cineshape and Duos and Fernando Benadon’s delight/delirium. Upcoming releases include the music of Ricardo Zohn Muldoon, the Composition Faculty Chair of the Eastman School of Music, and Steve Antosca.

Getz is committed to commissioning and premiering new works. His premiere of in every way I remember you at the National Gallery of Art was acclaimed as “spectacular and wonderfully provocative” (Washington Post). In 2016, Grammy-Award winning composer Stephen Hartke wrote Willow Run, a new concerto for saxophone which Getz premiered at Oberlin Conservatory and the Cleveland Museum of Art. The recording was integrated into a contemporary film by Ernestine Ruben using spatial recording techniques and premiered at the University of Michigan Art Museum.

He has presented masterclasses, recitals, and lectures across the country, including at Peabody Conservatory, Cincinnati College-Conservatory of Music, Mannes-The New School of Music, The Crane School of Music, and Florida State University. In 2014, Getz presented a performance of the piano reduction of Henry Brant’s Concerto at the University of Illinois in conjunction with the release of this version by Carl Fischer for which he wrote the foreword. He is a Musician-In-Residence at American University in Washington, DC.