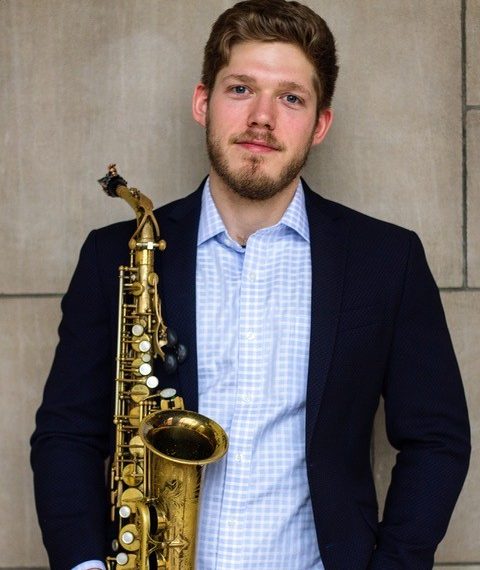 “I have always been on a never-ending quest for the Holy Grail of ligatures, trying everything I could possibly get my hands on. However, with each one there was always something missing in either the feel or sound. I couldn’t quite put my finger on… I tried the Silverstein Cryo 4 ligature on a whim but was 100% impressed and sold after one scale! I truly appreciate the ease of playability and natural sonic benefits of a fuller, richer sound I have gotten from their product. It has allowed me to get out of my own way and produce the sound I have always heard in my head. Now I can focus more on the art of making music, which is what it is all about. Kudos to Silverstein for making such an outstanding ligature!” – Nicholas May

Saxophonist, clarinetist, and composer/arranger Nicholas May has been recognized as an outstanding musician from a young age, picking up the saxophone at the age of 10 and soon was performing with honor groups.

As a soloist Nicholas maintains a regular touring schedule. Nicholas regularly appears as a guest artist and recitalist around the country. Additionally, he is currently preparing a commercial recording of the works of David Maslanka for Alto Saxophone and Piano with pianist Ellen Sommer (pieces include his Sonata and Tone Studies), labeled under Albany Records.

Nicholas is an Adjunct Instructor at Mid Plains Community College in McCook, Nebraska where he teaches applied clarinet and saxophone lessons. He received his Masters of Music at the University of Kansas, where he was a student of Vince Gnojek – Professor of Saxophone, studied clarinet with Dr. Robert Walzel – Dean of the School of Music, and additionally studied with saxophonist, Matt Otto – Assistant Director of Jazz Studies. He received his Bachelors of Music at the University of Nebraska-Lincoln where he was a student of Dr. Paul Haar, Associate Professor of Saxophone/Jazz Studies at the University of Nebraska-Lincoln. He has also studied privately with saxophonist Harvey Pittel and Rebecca Fischer, violinist in the Chiara String Quartet.