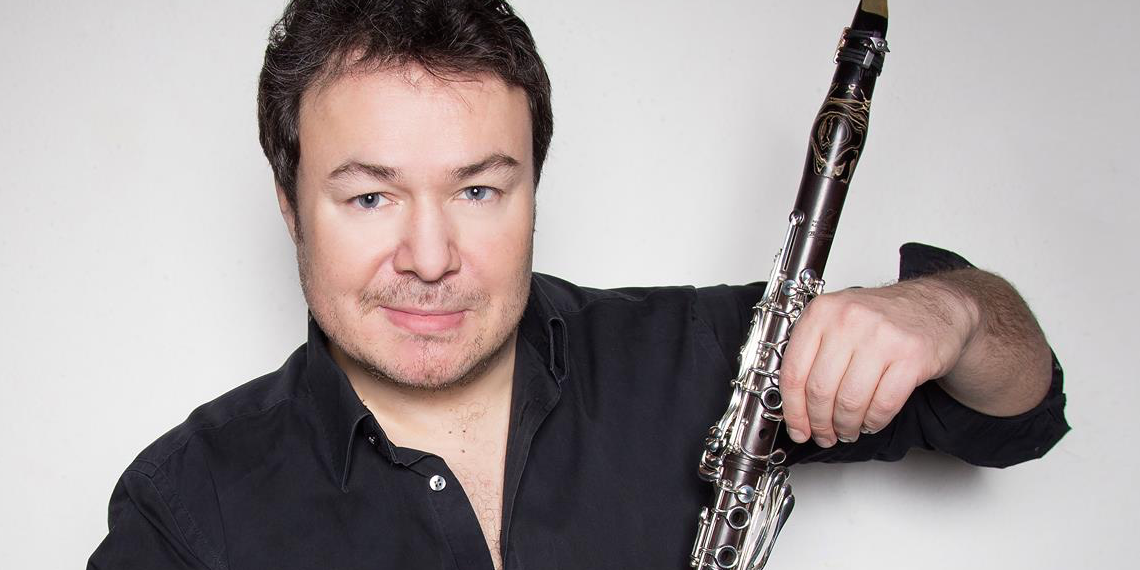 Internationally respected clarinet virtuoso and teacher MILAN RERICHA performs as a soloist and teaches master classes around the world.

In our first foray across world, we stopped in Frankfurt for Musikmesse 2014. While there, we were once again astounded and humbled by the overwhelming amount of so much talent in our world. The world is indeed large, and the musically gifted were on full display. One such gentleman inspired us with his ability, kindness, and music, reminding us that while we have made progress there is still so many more we have yet to reach.

Here is his bio;

Internationally respected clarinet virtuoso and teacher MILAN RERICHA performs as a soloist and teaches master classes around the world.

In September 2013 he enthused audience in Brazil, when as the first Czech soloist performed with the famous symphony orchestra OSPA in Porto Alegre, conducted by Ira Levin.

In June 2013 criticism compared him with B.Goodmanem for his solo performances with Südwestphalen Philharmonie (conductor Charles Olivieri Munroe ) in Siegen, Germany.

In May 2013 he was chosen among the final four candidates for the prestigious post of Professor of Clarinet classes at the Vienna Conservatory.

Since 2012, he is the ambassador of the Czech company RZ, which is a manufacturer of woodwind instruments and playing the clarinet master RZ.

In 2011 Gonzalez Reeds has selected Milan as their main artist – International Artist. Since 2004 he recorded exclusively for the Swiss publishing company MARCOPHON – EMR. In 2002 he became a professor at the prestigious Academy of Music Musikhochschule in Lugano, Switzerland.

Already in early youth manifested himself as a major musical talent, and drew attention to himself by winning the national competition for music schools. Graduated with honors from the Conservatory in Teplice and the Academy of Performing Arts (APA) in Prague (S.Koutik, J.Hlavac , V.Mares).

In 1997 he studied at the International Academy of Contemporary Music at the Paris Conservatoire in the class of A. Damiens and collaborated with conductors D. Robertson and P. Boulez. In the same year he was admitted as a fellow of the Swiss Government at the Music Academy in Basel in concert with prof. F. Benda, where he graduated in 1999 with honors and received a diploma. He studied in master classes with Milan Etlik, Michel Arignona the Conservatoire Briten in Perigeux in France, and Charles Neidich at the Julliard School in New York. From 2007 to 2011 he graduated with honors doctoral studies under the guidance of prof.M.Polak at the Janacek Academy in Brno.

Rich is also his discography. As an orchestral and chamber musician has recorded for BMG, Deutsche Grammophon, Decca, CHANDOS, Supraphon, Sonny Music. He made a solo CD for Bohemia Records, ROSA. Since 2004, he recorded six solo CDs by the Swiss company EMR – MARCOPHON.

Milan Rericha repertoire includes all solo and chamber literature for clarinet, which is more than 200 pieces. Some contemporary compositions were dedicated for him ( J.Valta , M.Bujdinsky). At the company EMR he has his own collection of original and modified pieces for clarinet and orchestra, clarinet and big band, clarinet and piano (Collection Milan Rericha).

Since 2013 he is the artistic director of the Association CCA – Czech Clarinet Art, which is also the organizer of the International Clarinet Competition.

He regularly cooperates with the Czech and Swiss radio for which he made a number of recordings.