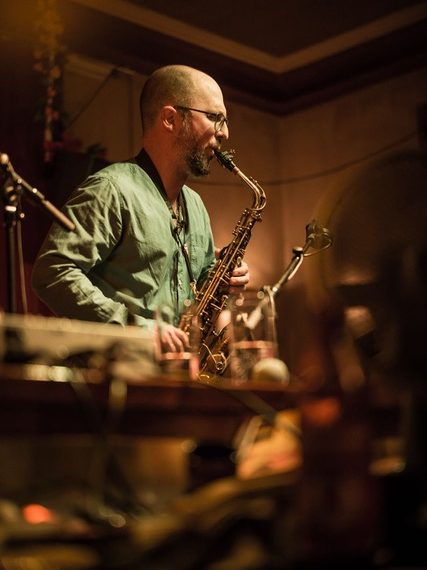 “The moment I realized that I had discovered something special was when I played the first gig with my new Cryo4 ligature and a friend and saxophone colleague of mine (who has a strong disbelief in the importance of gear) told that  something had changed about my sound. He felt it was more resonant and powerful than before, and that’s also how I feel about it. Since then, after years and years of trying out tons of different gear, I haven’t thought about getting a new ligature even once.”

German saxophonist and composer Johannes Ludwig has put together an impressive array of musical offerings over the past one and a half decades.

Born in 1988, he is a tireless creative mind with a very distinct and clear sound on his main instrument, the alto saxophone. Being deeply rooted in the jazz tradition, he constantly searches for new ways of expression and is inspired by all kinds of music.

His work as a composer and improviser has been documented on around 20 albums, on about half of which he appears as a leader or co-leader. His main projects are Fearless Trio with Simon Nabatov and Fabian Arends, the NYC based group Immigration Booth and the Cologne based collective bigband Subway Jazz Orchestra.

Besides his own projects he is an in-demand sideman and has worked with a wide range of artists from different genres, among them the WDR Bigband, the Karnataka College of Percussion and guitar legend Jesse van Ruller.

Johannes runs his own label FLOATmusic and is the artistic director of the Jazz Festival “UpBeat Hohenlohe”.