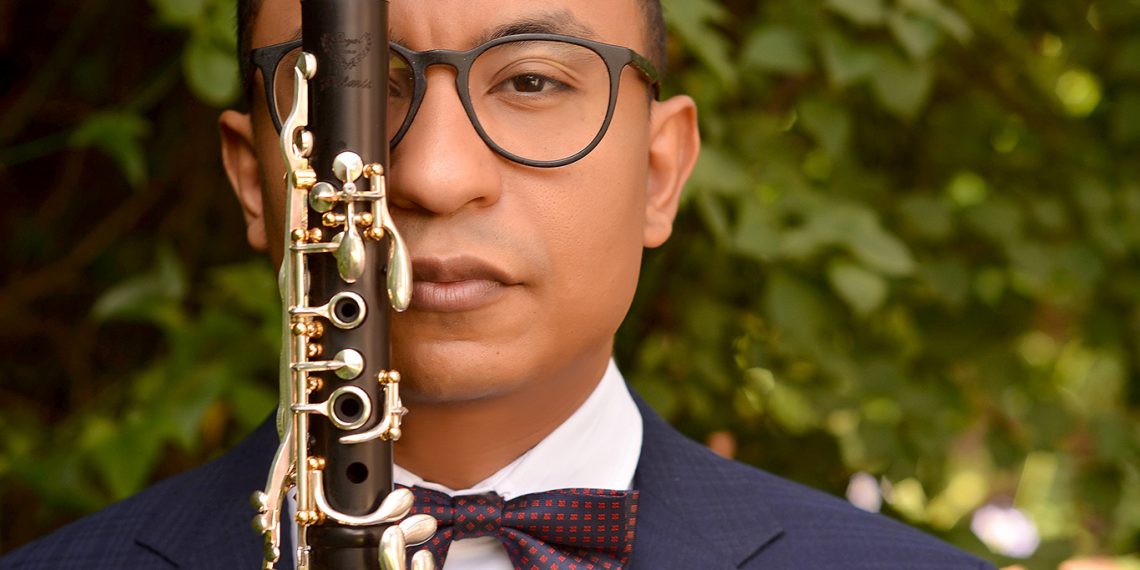 “The Silverstein ligature gives me complete freedom, allowing me to mix my timbre between a dark and bright sound. The HEXA model is unique which makes it easier for me to get articulation – it’s sharper and [with] unparalleled projection.”

Born in Nova Iguaçu, state of Rio de Janeiro in 1990, Hélio began his flute and Clarinet studies at the age of 4 in the Basic Music Course with his father Moisés Severino Valentim as a teacher. At 6 years old he really started his studies as a clarinetist with his father. At age 12, he passed the exam for clarinetist of the Symphonic Band Harmonia Real. In 2006 he participated in the Curso Sem Gato na Tuba, where he was guided in the clarinet workshop by Professor José Fernando Silveira and also participated in the orchestra formed by the students of the course. In 2007 he performed his first concert with the play Divertimento em Dó Maior for Clarineta and Banda Sinfônica. At the age of 18, he began studying Clarinet with Professor Márcio Miguel, current clarinetist at the National Symphony Orchestra in Niterói, Rio de Janeiro. In 2009 he participated in the Banda Larga course, where he was guided in the clarinet workshop by Professor José Freitas and was also part of the orchestra formed by the students of the course where he was awarded to be the Soloist of Alfred Reed’s play Serenede in the Regency of Professor Mônica Giardini. In 2010 he was approved in the Air Force Contest as a Musician Sergeant. He participated in several editions of the UFSM International Winter Festival, where he was guided by professors: Jorge Montilla (VEN), Nicolas del Grazia (ING), David Shea (USA), Luis Afonso Montanha (BRA), Michel Lethiec (FRA), Diego Grandene (BRA), Luis Rossi (CHI). In 2012, 2014 and 2016 he performed as a soloist in the Symphonic Orchestra of Santa Maria. In 2012 he was the winner of the 10th Young Soloist Contest of the Fundarte Chamber Orchestra. In 2014 he was awarded a Scholarship at the University of Georgia. From January to March 2015 he studied Clarinet Performance at the University of Georgia where he was supervised by Dr. D. Ray McCllelan. In 2017 he completed his bachelor’s degree at the Federal University of Santa Maria – RS, supervised by Doctor Guilherme Garbosa. In 2019 he participated as Recital Artist in the 3rd Paraibano Clarinetists Meeting and was one of the Winners of the First Young Soloist Contest at UFSM. In 2020 he completed the Specialization in Music of the 20th and 21st Century – Clarinet Performance, during the specialization he served as Assistant Professor of Clarinet. In 2021 he was a guest professor at the International Music Festival in Chapecó-SC. He is currently a Master in Music Education on teaching Clarinet in Military Bands, is Artist BARKLEY MOUTHPIECE, Artist Ambassador MARCA FRANCE and Representative of Royal Global in Southern Brazil, Professor of Clarinet at the Conservatory of Lima Josafat in Lima – Peru and is a freelance musician.