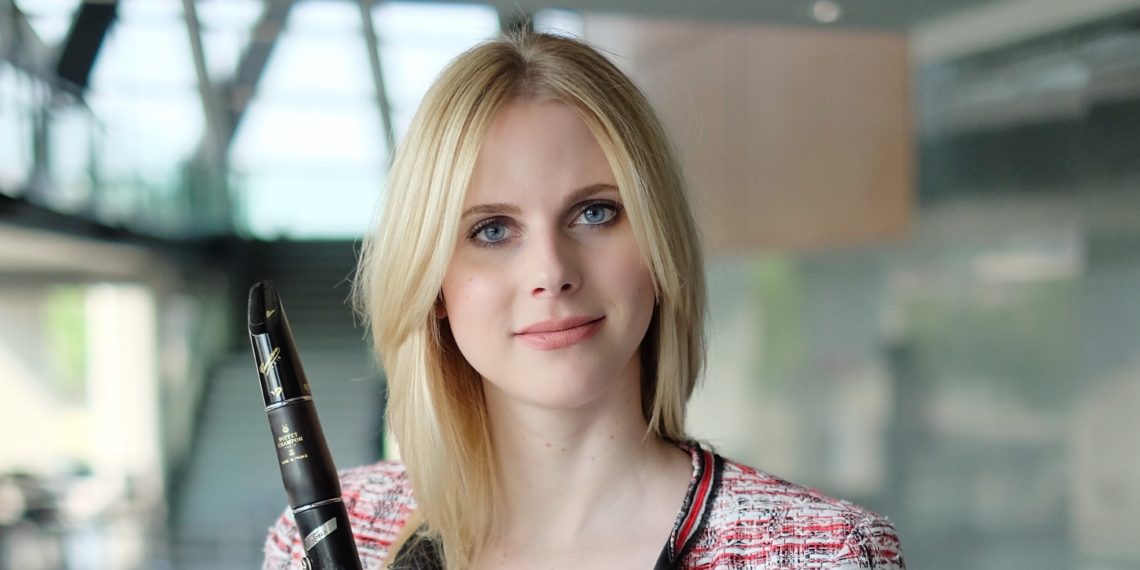 “Rich sonority with great projection, clear articulation and easy response for confident playing in all dynamics.”

Hannelore Vermeir holds the position of the co-principal and E flat clarinetist at the Thailand Philharmonic Orchestra since 2017, performing approximately 60 concerts per year at the prestigious
Prince Mahidol Hall, plus included concert tours. Meanwhile she has worked nearby as a substitute player in Seoul (South-Korea) and played at the local Lotte Concert Hall. Hannelore is also active as a chamber music musician and has played the great repertoire of Brahms, Bruch, Messiaen, Stravinsky et al., as well as contemporary music. She was a member of various ensembles representing modern music and participated in the En Avant Mars festival in Belgium, known for its artistic and out of the box programming. Hannelore has been programmed by the Alliance Française de Bangkok and supported by the Embassy of the Kingdom of Belgium in Thailand. Hannelore Vermeir finished her degree of piano and clarinet at the academy of music August De Boeck at Asse (Belgium). Afterwards she completed a specialized master of clarinet with the highest distinction at the conservatory School of Arts Ghent (Belgium), with professors Eddy Vanoosthuyse, Danny Corstjens and Frank Coryn. She continued to study a sixth year called “finalité spécialisée” at the Conservatoire Royal de Liège. During this year she was selected to collaborate in a project with l’HEMU de Lausanne (Switzerland). Furthermore Hannelore followed masterclasses with Pascal Moraguès, Philippe Cuper, Calogero Palermo, Juan Ferrer, Nicolas Baldeyrou, Jean-Luc Votano, Roeland Hendrikx, Kari Kriikku, Andrew Simon, Harri Mäki, Charles Neidich, Ayako Oshima et al. Additionally she completed a course at the Accademia Internazionale di Musica di Cagliari (Sardinia) with Florent Héau. She obtained her orchestral experience as a freelance musician with the Brussels Philharmonic Orchestra and the Orchestre Philharmonique Royal de Liège.

Hannelore is a brand ambassador for the Buffet Crampon company and part of the Silverstein Works artist Pro team.