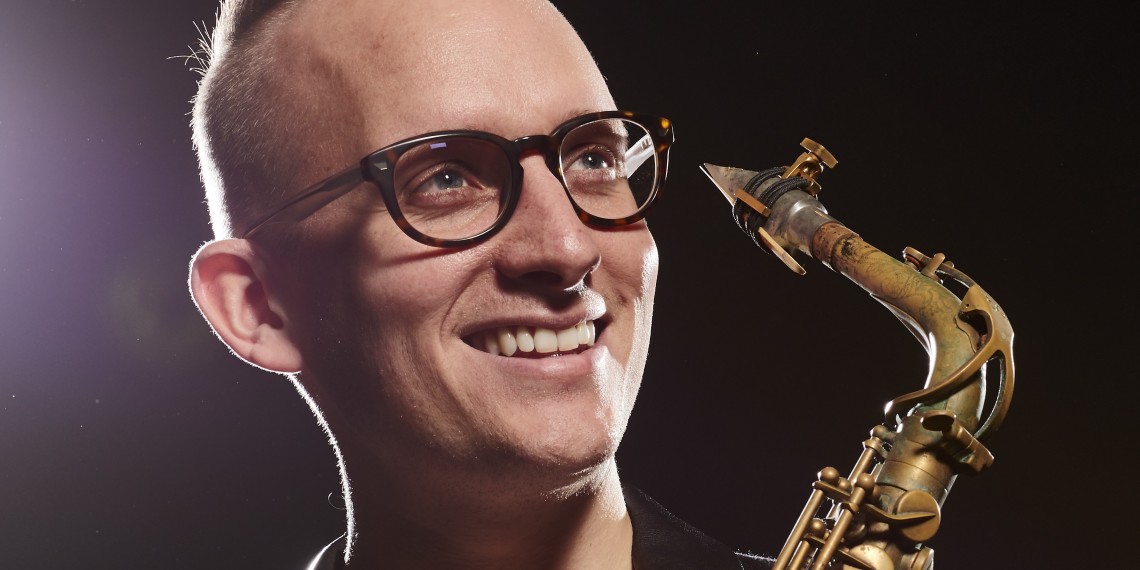 Danny Kusz – named “one of the hippest jazz cats in Minneapolis” by Minneapolis/St. Paul Magazine while in his early 20s, had the good fortune of recording his debut EP Lost In The Groove with renowned Twin Cities keyboardist Ricky Peterson, best known as David Sanborn’s musical director for 30 years. The project scored some local airplay and earned the multi-talented horn player numerous accolades, including two L.A. Music Award wins for “Best Jazz Single” and “Best Nu-Jazz Artist”, and several Minnesota Music Awards nominations including “Best Horn Player”, “Jazz Recording of the Year” and “Jazz Group/Artist of the Year”.

Despite his initial success, and a slate of headlining gigs and festival performances to support it, Kusz ultimately stepped aside for a few years. While working steadily as a sideman with some of the top musicians in the region, he began developing a fresh sound that stood apart not only from the vibe of his first album, but other indie urban jazz up and comers as well. Creating an explosive hybrid of his major alto influence, David Sanborn and his favorite funk-rocker, Minneapolis’ own legendary Prince, Kusz worked with an outside producer (Aaron Cosgrove, frontman for the longtime pop/R&B/rock band The New Congress) for the first time to create a dynamic new vibe captured by the 13-track album’s provocative title SEXY.FUNK::VELVET.JAZZ. Kusz had performed live over the years with The New Congress many times, and felt that Cosgrove and the group’s keyboardist Russ King were the perfect sonic architects to help bring his vision of a fresh, youthful approach to urban jazz/funk to life.

Kusz, whose versatility has led him to perform with everyone from Eric Leeds and Joey DeFrancesco to Root City, and Marcus Miller’s saxman Alex Han, felt that Cosgrove “has always been a musical genius when it came to writing and production and I wanted to collaborate with him to create a different sound that would stand out”. The saxophonist, whose powerful alto is the emotional centerpiece of each song, enjoyed the process of writing the melodies to the groove tracks and synth parts that Cosgrove sent him. “He took me out of my comfort zone and helped me open my mind to work with unique sounds that inspired me to dig deeper as a player and composer,” he says. “I love the way it came out, and the title really captures all the elements that make it so much fun to work on and now listen to. I’m looking forward to getting out there and playing gigs under my own name again. Nothing tops being onstage performing for people who have come to hear your music live.”