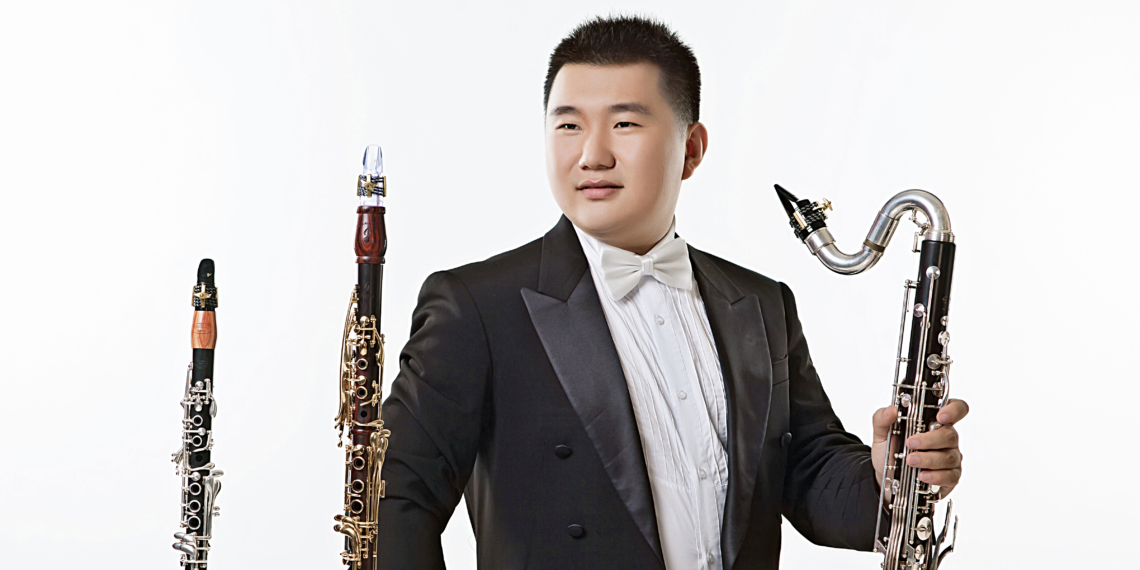 “The Silverstein ligatures offer a unique sound and feel when performing, superior to anything else I have tried. I now play on them exclusively!” ~Colin Liu

Chinese-Canadian clarinetist Colin Liu was born in Beijing in 1985 and immigrated to Toronto Canada at a very young age with his family. Growing up between two very different cultures, he has lived an extremely multi-faceted life.

Colin Liu was formerly a professional ice hockey goaltender. He was an athlete playing in Ontario Provincial Junior leagues, involved in the Chinese National Men’s Junior Team Program, and retired in 2008 after playing for the York University Lions Men’s Varsity Team. In the sport medicine field, Colin Liu is certified in Canada and the USA as an Athletic Therapist/Trainer, Strength & Conditioning Specialist, Kinesiologist, Personal Trainer, and a Red Cross First Responder. Furthermore, he was named Medical Clinic Assistant of the Canadian National Olympic Team – Health and Science Team in the 2008 Beijing Olympic Games.

In 2007, Colin Liu obtained an Honours Bachelor of Science in Kinesiology & Health Sciences from York University in Toronto Canada. The following year, he was awarded an Honours Bachelor of Fine Arts in Music Performance (Clarinet/Piano/Classical Voice), and was also the recipient of Advance Certificates in Athletic Therapy and Ice Hockey Coaching.

After completing his undergraduate education, he decided to follow and pursue his musical dream. Colin Liu was awarded a full scholarship and a graduate assistantship at Roosevelt University in a Master of Music degree program in Orchestral Performance (Clarinet). Later on, he attended Northern Illinois University with full scholarship and was awarded a Master of Music degree in Clarinet Performance as well as a Performer’s Certificate.

In 2010, at the age of 25, Colin Liu was named Principal Clarinet of the Beijing Symphony Orchestra by Music Director Tan Li-Hua. Later on, he successively took on the positions of Concertmaster of the Dun Shan Symphonic Wind Orchestra, and Solo Bass Clarinet of the China National Centre for the Performing Arts Orchestra.

In May of 2013, at the invitation of Maestro Yu Long, Colin Liu joined the China Philharmonic Orchestra as Associate Principal Clarinet.

Colin Liu performs on Backun MoBa Cocobolo Gold Bb/A Clarinets and uses Backun barrels and bells on all the other harmony instruments, all with Backun mouthpieces, Legere reeds and Silverstein Ligatures.