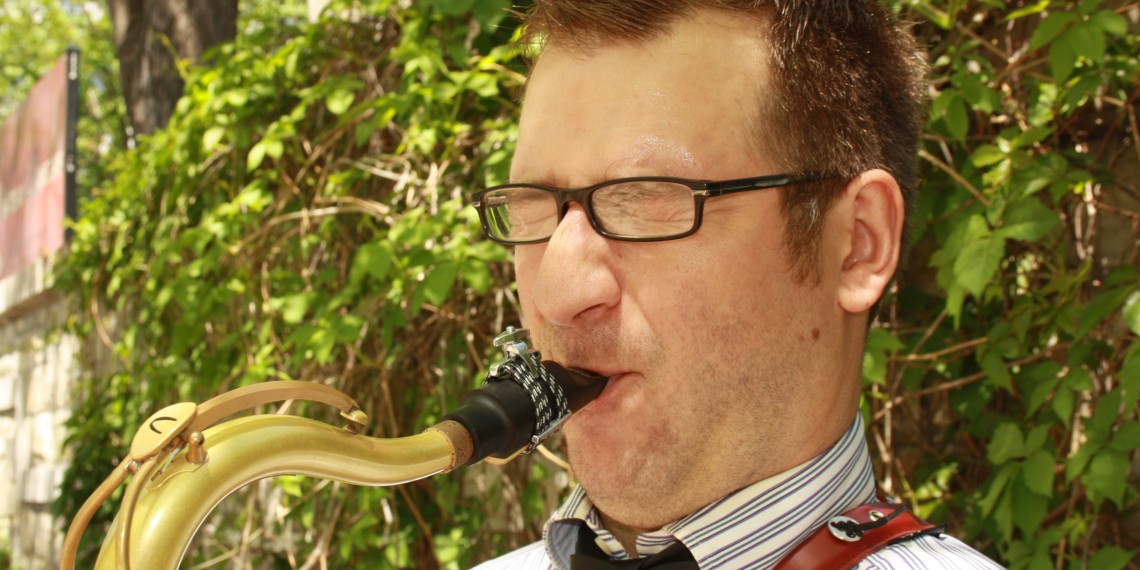 “I’ve never been a ‘Gear Guy’, and I’ve always played ligs that hold the reed in place without noticing a difference. The Silverstein ligature continues to impress me. It brings so much control, dynamic range, and precision of articulation and pitch. This ligature has had a big impact on my music, and I am grateful. I hope everyone has the opportunity to play one.” – Cameron Wallis

Cameron Wallis first arrived in Montreal in 1997, directly out of high school from Winnipeg, Manitoba. He is a multi-instrumentalist, composer, and arranger who has recently released Calling Dexter, his debut quartet jazz album. Calling Dexter revitalizes 50’s & 60‘s-era jazz sensibilities – fervency, swing, and panache.Cameron is one of his generationʼs most unique and highly regarded performers. His evocative sound, versatility, and gift for melody have made him a fan favourite, and the go-to horn player for top jazz vocalists.

As co-founder of the group OneUpOneDown, Cameron has released two critically acclaimed CDs Preface (2005) and Straight to Plan B (2007). He continues to perform and record with a wide variety of artists in all genres. A short list of collaborators includes Randy Bachman, Jean Leloup, Nikki Yanofsky, Marc Hervieux, Vic Vogel, The Art of Time Ensemble, and the Montreal Hard Bop Five.

Cameron has toured extensively in the U.S., Canada, Europe, Israel, Russia, Mexico, and Asia, and has performed in some of the worlds most prestigious venues, including Blue Note Jazz Clubs in NYC and Japan, Toronto’s Massey Hall, and the legendary Hollywood Bowl in Los Angeles.