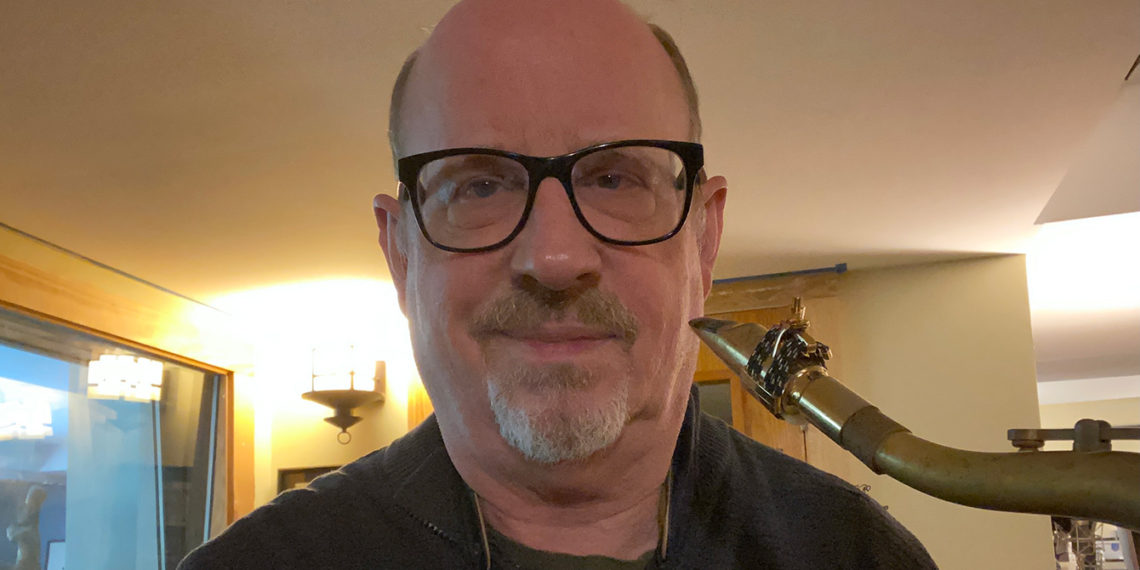 I can’t say I’ve used every ligature on the market, but I sure have used a lot of them. I’m always looking for whatever allows the reed and mouthpiece to vibrate most freely, so as little contact with the reed from the ligature (when it’s a metal plate) as possible and less pressure on the mouthpiece.

This ligature is to me a new paradigm – it’s so adjustable. It allows very minute changes in the pressure from the 5 elastic bands using the tightening nut, and further tone adjustments with the placement of the 4 metal plates to the sides of the reeds. Look a picture and you’ll see what I mean.
The low mass of the bands lets everything breathe.

I like to keep the pressure quite loose once the mouthpiece is on the horn. Looser is for me fatter and rounder.
The metal pieces on the bands can slide from right up against the side of the reed, to 1/2 or so away. This adjustment is subtle. I’d say closer to the side of the reed seems like a dryer tone and  tighter response, farther the opposite. I like the combination of quite loose with the tightening nut, and close to the reed with the plates for the way I play.

It’s so great to have the options, and I’ve never played a ligature that offered this before. Kudos Silverstein and thanks!

Saxophonist/woodwind player, studio engineer and producer, composer. Bobby Read has played in a huge variety of musical contexts, rock, jazz, folk, classical groups, theatre groups. Has composed for his various bands, for many modern dance productions and theatre productions in the DC area, and for several National Geographic shows.

In the studio, Read has recorded and/or produced or played on well over 250 cds/vinyl in many iterations of his recording studio now in Charlottesville, Va., with releases on Verve, Narada, Wyndham Hill, Rounder, and more.

Bands include the early Prog Rock band ‘However’, the ‘chamber folk’ group ‘Trapezoid’, the funky wacky music of ‘Modereko’, years of playing jazz with John D’earth at Millers in Cville.

He also played thousands of gigs over 20 years, 1993-2013, as saxophonist, woodwind and wind synth player as a member of Bruce Hornsby and The Noisemakers, including the opening of the Rock and Roll Hall of Fame, Woodstock ’99, The Jackson Family Honors, Olympics events, for President Clinton twice, even for skater Brian Bointano!, many major festivals and at venues like Red Rock, Wolf Trap, Town Hall NYC, Nissan Pavillion, The Blue Note.

Over the years, the list of people he had the opportunity to perform/jam with in the Bruce band kept growing – Bonnie Raitt, Branford Marsalis, Eric Clapton, Chick Corea, Don Henley, Pat Metheny, members of Los Lobos and the Black Crowes, most of the Grateful Dead, and numerous others.

In addition, Bobby was on all of the Hornsby cds from 1993-2013, several full length videos, and numerous tv performances. An incredible experience playing Bruce’s great music with an amazing band, he is forever grateful.

In 2006-7, Bobby released his first 2 ‘solo’ jazz records. With great bands on each, Read’s compositions are featured on both “Monkfish” and “Simbia”.

2 kids and a number of years in-between, in 2014 he released “Saturn Blue” and “Out of My Mind”, all compositions by Read.

Details on all these are here on his label website, smallworldrecords.space

The past year has been focused on writing and recording a wide range of original material aimed at the licensing world, holed up in his great studio in Charlottesville.